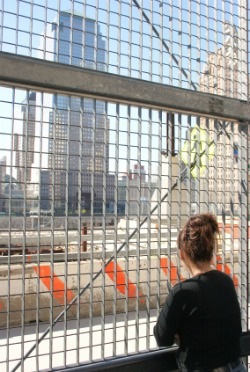 After nearly a decade of hunting down the man who drastically changed foreign policy and the nation's sense of security, the news of his death was a monumental moment for many.

"This is important news for us, and for the world," said Gordon Felt, president of Families of Flight 93, to The New York Times. "It cannot ease our pain, or bring back our loved ones. It does bring a measure of comfort that the mastermind of the September 11th tragedy and the face of global terror can no longer spread his evil."

As The New York Times pointed out, bin Laden's death was particularly meaningful to college students, who were just children when 9/11 happened. Many young people took to the streets of New York and Washington, climbing trees and lampposts, waving flags and singing and chanting with excitement.

"This is full circle for our generation," said recent college graduate Maureen Hasson who now works for the Justice Department. "Just look around at the average age here. We were all in middle school when the terrorists struck. We all vividly remember 9/11 and this is the close of that chapter."

As Rivals reported, college students across the nation celebrated bin Laden's death "with more passion and fervor than they would a Final Four berth or a BCS national championship". At Penn State, for instance, some 5,000 students overtook the Beaver Canyon area of downtown State College to celebrate. Students waved American flags, lit fireworks and threw confetti and toilet paper. The Huffington Post reported that students also chanted "U-S-A!" and sang "Proud to be an American" while burning their notes for Monday's finals.

"This is complete and utter madness, but I think it's called for," said freshman Grant Bower.

At Ohio State University, students jumped in to Mirror Lake, a tradition normally reserved for the Thursday before the annual football game against rival University of Michigan, reported Rivals.

Some students, however, were more reflective than excited, noted the Yale Daily News. For some students, the news of bin Laden's death rehashed memories of 9/11. Some worried that Al Qaeda would retaliate. One student reflected on the overall big picture: "I'm glad it happened, but it's glorified symbolism that cost trillions of dollars and took almost a decade," said Cornell student Laurie Josephson to The Cornell Daily Sun.

Regardless of the reaction, May 1, 2011 is a day that no one will not forget.

"Americans have not been unified in their hatred of any individual since Adolf Hitler," said Cornell Professor David Patel.