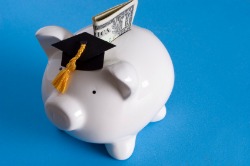 College students with divorced parents are paying significantly more for their education than those whose parents stay together, a recent study shows.

"What we're seeing is that the cost burden of higher education is shifted to the student in families with divorced or remarried parents," said Ruth Lopez Turley, associate professor of sociology at Rice University and co-author of the study. "The findings are troubling for college-bound students with divorced, separated or remarried parents. They are at a disadvantage because they need to shoulder more of the costs of their education."

"We expected the remarried parents to make smaller contributions, but we didn't expect the difference to be that big," Turley told Inside Higher Ed.

According to researchers, these college students oftentimes bear the responsibility of supporting themselves, which puts them at a disadvantage when competing with their peers who lack the same financial concerns.

"A lot of these students are having to either get into a lot of debt or work more while they are in college, and both of those things are associated with a lower likelihood of completing college," Turley said. "You can just see the way this story continues."

The research was based on data from the National Postsecondary Student Aid Study in the 1995-1996 academic year. It was the most recent set of data detailed enough to reach meaningful conclusions about the trends they sought to observe, The Washington Post reported. The article, "Contributions to College Costs by Married, Divorced, and Remarried Parents," appears in the November Issue of Journal of Family Issues.