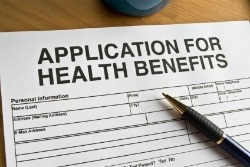 A Catholic university in Steubenville, Ohio is dropping its student health insurance coverage in lieu of adhering to a federal mandate that requires plans to cover birth control -- despite the fact that religious institutions have an extra year to comply. As a result of the decision, the school has dropped its requirement that full-time undergraduates have health care coverage. Previously, students lacking coverage were automatically enrolled in the school's plan.

The Intelligencer/Wheeling News-Register reports that the Franciscan University of Steubenville will discontinue its health care coverage for students in the fall; some 200 students are estimated to currently use the school's health care plan, according to Inside Higher Ed. They should remain covered through August 15.

The decision is two-fold, resulting from both moral concerns for the mandate and an anticipated increase in the cost of premiums due to new maximum coverage requirements. The birth control mandate is a result of passage of the Obama Administration Patient Protection and Affordable Care Act, msnbc.com reports.

"The Obama Administration has mandated that all health insurance plans must cover 'women's health services' including contraception, sterilization and abortion-causing medication as part of the Patient Protection and Affordable Care Act (PPACA)," a University statement reads. "Up to this time, Franciscan University has specifically excluded these services and products from its student health insurance policy, and we will not participate in a plan that requires us to violate the consistent teachings of the Catholic Church on the sacredness of human life."

The school's statement also says that the PPACA increases the coverage amount mandated for students, which Inside Higher Ed noted would in effect double the premiums -- $600 to $1,300 per student -- starting in the fall.

"We didn't feel it was just to double the cost," Franciscan's Vice President of Advancement Mike Hernon told Inside Higher Ed. "That's a huge thing for our students. We try to keep our tuition to under the average and try to keep a very modest and reasonable tradition."

A school bulletin has advised students to begin seeking other health insurance alternatives. However, the school will continue to offer health care coverage for faculty; this coverage does not currently include contraception. Hernon has indicated that university officials are looking at that plan and are waiting to see if the contraception mandate remains in place before making a decision on faculty coverage, msnbc.com reports.

The school was one of nearly 20 Catholic colleges that participated in a letter-writing campaign earlier this year pleading that the mandate be changed. Additionally, several religious-based colleges have already filed lawsuits over the requirement, according to Inside Higher Ed. Hernon has indicated that Franciscan University is also considering a lawsuit.

There apparently has been no negative reaction from students, Hernon said. However, Young Invincibles, a non-campus group that worked for some of these health insurance changes, did release a statement to Inside Higher Ed.

"We are disappointed that Franciscan University is choosing not to provide coverage to their students entirely, when the law actually gives the school a year grace period while an accommodation is worked out," the statement reads.