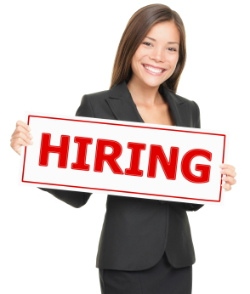 A recent survey released by CollegeGrad.com shows a promising outlook for college graduates--after two years of job market woes, things seem to be picking up.

According to a CollegeGrad.com press release, entry-level hiring increased 22 percent from 2010, a dramatic difference from last year when new college graduates faced an 11 percent decrease in hiring. As reported in an executive summary, the data for the CollegeGrad.com Top Entry-Level Employers survey is based on voluntary responses from 93 companies of various sizes. In previous years, data was based only on the 50 companies that participated in the survey all three years. The survey is intended to be a resource for both students and recent grads as it not only identifies what companies are hiring recent college graduates but also provides insight on the recruiting process, industry hiring trends and types of available jobs.

As Forbes pointed out, the 22 percent hiring increase that CollegeGrad.com found is similar to the 19 percent increase in new grad hiring that the National Association of Colleges and Employers (NACE) recently reported.

The executive summary shows that the top three employers for new graduates in 2011 are Enterprise Rent-A-Car, Teach for America and Verizon Wireless. The industries that reported the highest entry-level hiring are Automotive Rental, Education, General Merchandisers, Transportation & Logistics and Financial Services. Most employers--nearly one third--reported that their company's entry-level hiring is for administrative positions.

In addition to highlighting an increase in new grad hiring, the survey also revealed the most popular majors of entry-level hires. Though responses tend to favor industry needs, the top three undergraduate majors across all industries are business administration (14.7 percent), engineering (13 percent) and marketing (11 percent). Furthermore, companies reported that major/degree, experience and interview/communication skills were the three most considered characteristics in a candidate. Contrary to popular belief, companies that participated in the survey reported less emphasis on grade point average.

Interestingly, the survey also showed that social media has not outranked traditional recruiting methods. The most popular recruiting method in 2011 is college campus career fairs, followed by college career websites and job websites such as Indeed.com and Monster.com.