Colleges Aim To Relieve Stress Among Students With Fun Activities 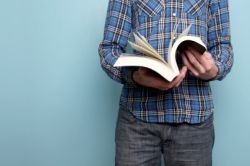 As the pressure of final exams bears down on college students before they return home for the holidays, officials at campuses across the country are finding new ways to help students cope with this typically stressful time of the year.

With finals just right around the corner, sleep-deprived nights and extended stays in the library are the norm for many college students, The Los Angeles Times reported. As a way of offering relief, administrators are developing ways to provide therapeutic outlets for students to de-stress and relax. Students are encouraged to participate in activities--whether serious or wacky--that are designed to take their minds off of the rigors of school with the hope of producing a sense of calm and balance.

For instance, colleges are offering bounce houses, laser tag, pajama runs, petting zoos, oxygen bars and food deliveries in an effort to reach out to students who often devote an inordinate amount of time to studying. At Harvey Mudd College in California, 10,000 rubber balls were dropped from a dorm roof to students waiting below. At Oberlin College Ohio, the campus library sponsors single-song dance breaks. Students at Roosevelt University in Illinois wrote their anxieties on postcards and mailed them to counselors. Increasingly, campus communities are extending themselves to students in need of relaxation during the last academic push of the semester.

"I am not sure if it is that the students are more able to acknowledge their stress level and ask for help or the nature of the college experience," Lori Morgan Flood, an assistant dean and director of the Center for Leadership in Health Promotion at Oberlin College, told the Plain Dealer. "Students really take their education seriously and get really driven and forget to sleep, eat well and hydrate. We help them remember what is important."

In addition, the pressure students feel during finals season is amplified by the unpromising job market and the ailing economy, The Los Angeles Times reported.

"You definitely feel it sitting out in front of you," Michael Bliss, a Tufts University residence hall director, told The Boston Globe. "You look past four years of college and say, 'What's the end result?'...And you look and see that some of these people who graduated two years before you don't have a job. It's definitely daunting."

While many universities are engaging students with unorthodox activities like karaoke nights and comedy hours, Brent Beam, a staff psychologist in Student Health Services at Washington University in St. Louis, is encouraging students to maintain basic healthy habits. According to the Record, Beam emphasizes the importance of eating healthy, staying hydrated, exercising regularly, taking breaks and getting plenty of sleep.

"There is no denying that this is a stressful time of year," he said. "The semester is ending and final exams and papers are due. It can be hard to stay focused on academic work. Unfortunately, it's not over until that last final exam is completed."