Colleges Discriminate Against Male Athletes To Comply With Title IX 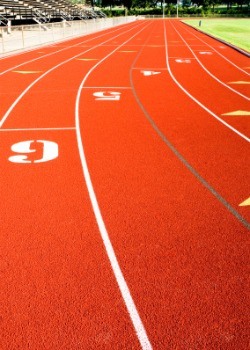 The University of Delaware is under investigation after the school's cross country and track and field teams filed complaints of gender discrimination with the Department of Education's Office for Civil Rights, reported Delaware Online.

In January, the university announced it would reclassify varsity men's cross country and track and field as club sports in order to comply with Title IX requirements. Fiscal concerns were also said to be another reason for the change.

According to The New York Times, Title IX, which was passed in 1972, prohibits sex discrimination in any federally financed education program. It has usually been used in cases of discrimination against women, though discrimination against men is not unheard of. There are three ways in which universities can comply with Title IX: by offering athletic opportunities for both men and women that are proportionate to enrollment numbers, by showing a continued commitment to expanding opportunities for the underrepresented sex, or by proving that they are meeting the athletic interests and abilities of the underrepresented sex.

However, in a series called Gender Games, The New York Times pointed out that dozens of universities have found loopholes in order to make it look as if they are complying with Title IX. At Cornell, for example, of the 34 fencers on the women's team, 15 are actually men who are practice players.

Despite the fact that women have become the majority on campus in recent years, many athletic programs struggle to maintain a proportional number of female athletes. According to federal numbers, women make up 53 percent of the student body at Division I schools, but they only account for 46 percent of all athletes. As a result, colleges have resorted to adding underqualified female athletes to rosters--sometimes without the student's knowledge. Some count male practice players as women and others have cut the rosters of men's teams or, as in UD's case, schools have eliminated low-profile teams such as wrestling and gymnastics.

Corey Wall, current co-captain of the men's track team, noted that there was no threat of a lawsuit or question of compliance when the university demoted the team, which is why a complaint was filed in the first place.

"We're not fighting Title IX at all; we're just fighting the misuse of it," he said.