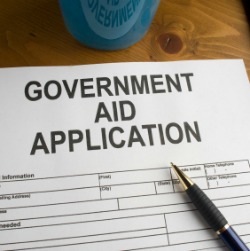 Most students and families assume that the purpose of financial aid is to help make higher education more accessible, particularly for low-income students. A recent report, however, shows that more colleges and universities are offering financial aid for very different reasons.

The report, by the New American Foundation's Education Policy Program, looked at U.S. Education Department data for the 2010-2011 academic year, according to Inside Higher Ed. Both private and public institutions are increasingly offering financial aid based on traditional measures of merit, which attracts more affluent students, yet neglects to help low-income students. The reason for this disparity is because wealthier students are more likely to attend better high schools and have more resources to help them earn higher test scores and grades.

Analysis showed that approximately two-thirds of the 479 private, nonprofit institutions included in the study required families who earned $30,000 or less a year pay an average tuition of more than $15,000 a year after scholarships and grants were taken into consideration. The report also looked at public colleges and universities and found similar practices. According to a New America Foundation press release, about one-third of public four-year institutions charge low-income students a net price of $10,000 while five percent make low-income students pay at least $15,000.

"Colleges are always saying how committed they are to admitting low-income students -- that they are all about equality," said Stephen Burd, author of the report, in a phone interview with Bloomberg. "This data shows there's been a dramatic shift. The pursuit of prestige and revenue has led them to focus more on high-income students."

Indeed, more high caliber students typically mean higher rankings and more revenue for a school. As Inside Higher Ed pointed out, the report essentially shows that schools are trying to "buy" high-achieving students. However, that may not be the only motivating factor. Even public universities have had to adopt similar practices because of significant decreases in state funding. For some public schools, tuition revenue from wealthy students helps alleviate the stress from lack of funding.

"I don't think everything you see in here is intentional as much as it is a response to the ranking race, and declines in state support that are getting institutions to look for other forms of revenue," said Michael Reilly, executive director of the American Association of Collegiate Registrars and Admissions Officers, in Inside Higher Ed.

Whatever the reason may be, there are many who are concerned that these practices will only increase debt for college graduates and will further discourage high-achieving, low-income students from pursuing elite institutions -- or higher education in general.

"Too many four-year colleges, both public and private, are failing to help the government achieve its college access mission," wrote Burd in the report that was quoted in the press release. "They are, instead, adding hurdles that could hamper the education progress of needy students or leave them with mountains of debt after they graduate."

Burd called for federal assistance to stop this trend, arguing that institutions will not stop or reverse the practice on their own.