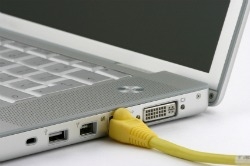 A group of 29 U.S. universities have banded together in an effort to bring ultra-high-speed Internet access to their campuses and surrounding communities.

According to The New York Times, the project, called Gig.U, aims to spark innovation and creativity as well as attract high-tech start-ups in fields such as health care, energy and telecommunications, all of which could make the U.S. more competitive internationally. Some of the institutions involved include Arizona State University, Case Western Reserve University, Howard University, Duke University and the University of Chicago.

"It's a sandbox for the research community and the residents too," said Lev Gonick, chief information officer at Case Western in Cleveland.

As a press release noted, universities heavily depend on high-speed networks to educate, collaborate and share information instantaneously. Today's bandwidth services, however, do not adequately address the needs of university communities. Gonick told PCWorld that the average broadband speed within U.S. higher education is about 10 Mbps. Larger universities have access to 100 Mbps and although some leading research institutions have 1 Gbps, it is still not enough.

Furthermore, The New York Times noted that the U.S. has lagged behind other nations when it comes to deploying and improving network technology. Blair Levin, a fellow at the Aspen Institute who is heading the project, said that in order to stay competitive, the U.S. needs to continuously improve the quality of its Internet technology.

Big name companies agreed. According to PCWorld, AT&T praised Gig.U in a statement: "Broadband is a significant force for economic growth, job creation and innovative services for consumers, and Gig.U highlights these and other important benefits of broadband."

InsideUF reported that an open letter, Gig.U members wrote, "We believe that if our communities can have access to unlimited bandwidth, we can unlock unlimited opportunities."

The New York Times, however, noted that some technologists are skeptical of the project's "build it and they will come" mentality.

"The concept is laudable, but the real question is for what purpose?" said Michael Kleeman, a computer network designer and telecommunications policy strategist at the University of California, San Diego.

Universities are currently reaching out to telecommunications companies for suggestions on how to attract new ventures through ultra-high-speed networks. According to the press release, the group hopes to seek proposals for bringing the networking technology to campuses and communities in the next several years.