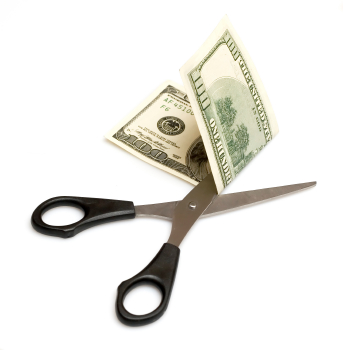 Lynn O'Shaughnessy of CBS's Money Watch reports that the average private college is cutting tuition by 53.5 percent, according to a survey by the National Association of College and University Business Officers. Moreover, more than 82 percent of students attending public colleges and universities are taking advantage of these discounts through their schools' scholarships and grants. Even more surprising, a full 41.5 percent of the scholarship funds are being awarded to affluent students who do not need financial help.

O'Shaughnessy attributes the trend to several factors: Private colleges are slashing prices to compete with public state schools, which are often perceived as being more affordable. Parents and families affected by the economic downturn are in need of more aid. Finally,parents tend to believe that the more expensive a college is, the better it is, and the more flattering the offer of aid.

The Star-Ledger in New Jersey reports on a similar trend: Colleges are offering tuition discounts for summer sessions in order to encourage students to register. At Saint Peter's College, for example, students can enroll in one course and get the second for half-price. At Centenary College, students can receive free summer housing, which normally costs $1,160. At William Patterson University, undergraduate summer tuition has been cut 13 percent. Even Rutgers University--a public institution--has begun offering $500 scholarships to 100 students with at least a 3.5 GPA and 20 percent discounts on tuition for gifted high school students.

"It's a strategy we use to increase revenue on campus," explained William Paterson's provost, Ed Weil, to the Star-Ledger regarding the school's tuition discount. "It is rather important to the university."

In a related story, USA Today reports on colleges that actually cover the full price of tuition for every student they enroll. Included on this select list are Webb Institute in New York, the Cooper Union in New York, the College of the Ozarks in Missouri and Berea College in Kentucky. All were listed in The Princeton Review's annual "100 Best Value Colleges" this year.

"Most university officials would say that their mission is to make sure they are offsetting costs for students," said Robert Franek of The Princeton Review, who was quoted by USA Today. "Some schools are better at it than others."