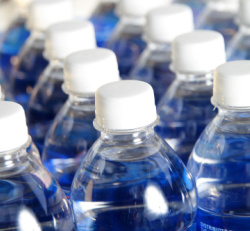 More and more colleges are banning or limiting the sale of bottled water on campus, and instead are installing filling stations as an alternative.

Campuses that choose to go green this way help reduce the tens of billions of plastic bottles tossed out and into landfills each year, reports The Chronicle of Higher Education. They also help decrease the petroleum used to bottle and transport this water around the country.

Yet, universities face opposition from food and beverage companies that award schools contracts and contribute money for financial aid, athletics, and other programs. For example, Coca-Cola donates thousands of dollars to the University of Vermont (about $480,000 this year) in exchange for the school maintaining a contract with the company, which sells Dasani bottled water. Only when the contract expires in 2012 can the college make any changes concerning bottled water.

Due to students voicing their opinion, DePauw University, in Indiana, earlier this year curtailed all on-site bottled water sales, per The DePauw. However, bottled water remains available at select school events. Additionally, students may transport their own bottled water onto campus. To reduce the use of bottled water, DePauw supplied hard-plastic, reusable water bottles to incoming freshmen. It also equipped the dormitories and various campus buildings with stations where students can fill and refill their own bottles. The ban means DePauw loses a revenue source. "It's a cheap product that many people buy because it is a convenience," says Steve Santo, the general manager of the school's dining services.

Muhlenberg College, in Pennsylvania, however, is saving $5,000 a year from no longer supplying its groundskeepers with bottled water, according to The Chronicle of Higher Education. Instead, they provided them with refillable bottles. Also, the school's students voted to remove bottled water from the meal plan, which led to a 95 percent decrease in consumption.

Pennsylvania State University (PSU) discovered its filling station prototypes had the potential to transfer bacteria from bottle to bottle. The manufacturers with whom they are working--Elkay, Oasis, and Hawes--subsequently created new designs. Those machines are now in place around the Pennsylvania campus, with further testing planned. "The university is [providing filling stations] simply because it's 'the right thing to do,'" says Steve Maruszewski, deputy associate vice president for physical plant. Replacing their filters could cost $150 each annually. PSU, which hasn't banned bottled water, makes about $2 million a year from sales of it.

Trent University, in Ontario, Canada, plans to end sales of bottled water on its campuses by fall 2011 and install drinking fountains campus wide, according to a school press release. "The implementation of this policy shows what can be achieved when students and the University work together on a common goal," says Sheldon Willerton, president of the Trent Central Students Association.