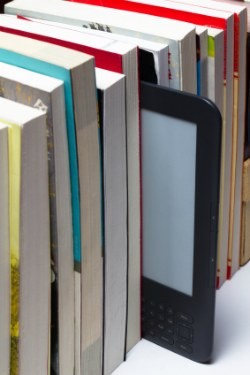 Five universities located across the U.S. plan to offer students a new way to save money--offering them discounted e-textbooks bought in bulk.

According to Inside Higher Ed, the five schools are actually part of a pilot program, slated to start this spring, that will look at how easy an e-textbook program could be. The program's success--or lack thereof--could determine if similar opportunities spread to other schools. These five schools are part of a consortium called Internet2, which is comprised of 221 colleges and universities.

On Wednesday, Internet2 announced its entry into a deal with textbook publisher McGraw-Hill that should bring discounts to students using electronic materials. The savings should be immediate for students who take classes at any of the five schools using the e-textbooks. However, the schools are launching the program in just a small number of courses. Because of the trial nature of the study, students will not need to pay for the e-textbooks, according to a press release. However, if they do want a print-on-demand copy of the e-textbook, they would be looking at an out-of-pocket cost of $28.

"Cornell is exploring how new digital publishing models will be advantageous to our students, and potentially lower textbook costs," Ted Dodds, chief information officer and vice president at Cornell University said in the press release. "This pilot is timely, building on faculty experiences, and will explore how new publishing models and technologies can be leveraged for student learning."

The move is important because universities can broker better deals with textbook agencies than students can, noted Bradley Wheeler, chief information officer at Indiana University, which has had a similar program in place since 2007.

"If somebody [does not] speak up for students in the move from print to digital, the students [are] going to get killed," he told Inside Higher Ed.

In fact, this recent move was said to be inspired by the ongoing program at Indiana University, reported The New York Times. That school's program is spreading and becoming more readily available: some 5,300 of the school's 110,00 students are expected to use an e-text this semester at a student savings of about $25 per book. At that school, leaders negotiated for discounted prices on textbooks in much the same way they have done for widespread use of software programs such as Microsoft and Adobe.

"We buy software from those guys at a brilliant price because it's a business-to-business relationship," Wheeler explained in Inside Higher Ed. "We took that same model to e-texts. Rather than the students buying at a retail price, we've negotiated a wholesale price."

The software for the e-textbook trial will be provided by Courseload. The electronic books should be available on a single platform that functions with any number of devices from computers to mobile phones.

The Cavalier Daily pointed out that the program should benefit publishing houses as well as students. That's because when students resell actual copies of hardback books, the publishing house does not make additional profit. However, with electronic books, each time an e-book is purchased for use in class, the publisher looks to benefit. As a result, it is anticipated that publishers will be attracted to such programs offering a more steady stream of revenue and that schools could potentially receive a lower e-textbook cost through bulk rates.

For example, the cost of a microeconomics textbook required for a 200 level class at the University of Virginia would cost about $180 when new. A used copy available through the campus bookstore is $135. But, a digital version of the book purchased through the bookstore can be found at $94.50.

Faculty interest seems to be strong at schools, but it is anticipated there will be some kinks during the pilot program this spring.