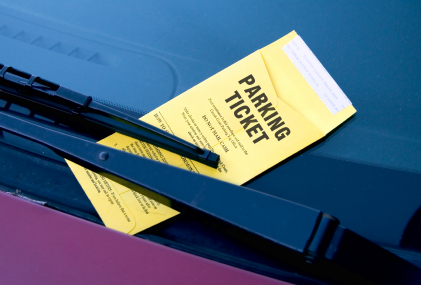 At a time when institutions of higher education are often struggling to make ends meet, some are making efforts to generate revenue from untapped or underused sources.

For example, Inside Higher Ed reports that a many institutions are becoming more aggressive about collecting parking ticket fines. Some schools are using high-tech equipment to scan parking lots for violators, while others are hiring collection agencies to collect fees.

The uncollected money can potentially increase the financial burden on students. Florida's State University System pays for its own transportation and parking services, and parking fines help cover the cost. Without the money, students wind up paying through per-credit-hour fees and decal charges. That is why, explained Bill Merck, UCF's vice president for administration and finance, the university "owes it to our students to try to collect it."

In another example of generating revenue creatively, Brandeis University in Massachusetts--which drew harsh criticism last year after announcing that it would close its Rose Art Museum and sell the artwork to help reduce its budget deficit--now plans to loan the artworks using Sotheby's auction house as a broker. The museum includes art from masters such as Matisse and Andy Warhol, and the collection has been valued by some at more than $350 million.

"I have from the start looked at options other than sale," said Jehuda Reinharz, president of the university, who was quoted in the Boston Globe. "My hope is that if in fact we're able to arrive at some sort of a deal, all of this will be put to rest."

According to the Globe, Brandeis faces a deficit of between $10 million and $15 million. To reduce the deficit by $10 million, about $200 million in endowment funds must be raised. At least some of that would probably be raised through the Rose's art collection.

But the new proposal is still unlikely to satisfy members of the museum community, noted Peter Marzio, director of the Museum of Fine Arts in Houston. "They will be against anything except the status quo," he told the Globe. "But Brandeis has to set its priorities and decide how the museum fits into the long-term purpose of the university. They would be fools not to explore this."

Indeed, colleges and universities are clearly thinking creatively about how to generate more cash. Last year, The New York Times reported that many schools have used the summer months to help boost revenue by renting out facilities to camps, conferences, private parties and film shoots.