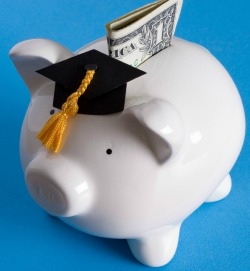 With more college students in need of financial assistance and a decrease in state funding, the Colorado Commission on Higher Education has approved a new financial aid policy.

As reported by EdNews Colorado, the new policy is intended to encourage students at the state’s colleges and universities to stay in school and graduate on time. According to Inside Higher Ed, the change in the state aid program was necessary due to a growing number of low-income students, a decrease in state appropriations and an increase in college tuition.

“As a result of historic structural changes in student populations, increases in college costs, and flat financial aid dollars, the financial aid allocation method used by the [Colorado Commission on Higher Education] during the recent past does not achieve the goals it was designed to achieve,” wrote Celina Duran, financial aid director for the commission, in a meeting brief last month, as quoted by Inside Higher Ed.

The new policy moves away from the traditional financial aid model, which focuses on trying to make college affordable. Now, the focus is turned to motivating students to complete credits.

“Instead of trying to have our policies do a poor job of keeping up with a vastly differing universe of costs, we figured it was a more appropriate way to target funds to have some effect on progress,” explained Matt Gianneschi, deputy executive director of the Colorado Department of Higher Education, in Inside Higher Ed.

The new policy will focus on low-income students and aid awards will increase as students achieve certain milestones. For example, based on an initial enrollment estimate and budget proposal, freshmen who qualify for Pell Grants would receive a $610 financial aid award. This amount would go up $200 for every 30 credit hours the student completes, up to 90 credit hours. That means a student would be given $1,210 in aid by the time he or she is a senior. The commission, however, did not include grade point average requirements in the new policy, as it did not want students to simply take easy classes or pursue less rigorous majors in order to receive an increase in aid awards.

According to EdNews Colorado, most of the new policy will go into effect in the 2013-14 school year and during the first year, no institution will receive less funding than it had in the current year.

Inside Higher Ed noted that this shift to performance funding is not entirely new. For instance, many states have merit-based aid programs that have GPA requirements. This new policy, however, is slightly different in that it uses aid to motivate students while they are in college. This idea is slowly becoming more popular within higher education.

“In a resource-scarce environment, everyone’s thinking about how to get more from each dollar while we think about addressing students’ needs,” said Gianneschi to Inside Higher Ed.