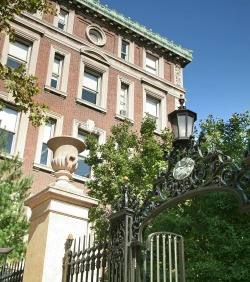 Columbia University announced in a press release the recent appointment of Pulitzer Prize-winning Steve Coll as the new dean of the Graduate School of Journalism. Coll will officially become dean on July 1, 2013, replacing Nicholas Lemann, who has held that position for the past ten years.

Coll, a graduate of Occidental College, has an extensive background in journalism. He received two Pulitzer Prizes for his work - one for an article series he did with David Rose on the Securities and Exchange Commission and another for his nonfiction book titled "Ghost Wars: The Secret History of the CIA, Afghanistan and Bin Laden, from the Soviet Invasion to September 1, 2001." For five years, Coll has been president of the New America Foundation, a public policy institute that explores a variety of society's public issues, including the changes that have taken place in journalism. He held numerous positions at The Washington Post, including general assignment feature writer, foreign correspondent, senior editor, and managing editor. The New York Times added that during his time as managing editor from 1998 to 2004, Coll headed the newspaper's transition to the Internet.

Columbia President Lee Bollinger, who was tasked with finding the new dean, commented in Bloomberg on his decision to hire Coll: "Steve Coll is one of the most experienced and respected journalists of his generation. Sweeping changes in digital technology and the global marketplace have created unprecedented challenges and opportunities for the news media that demand our constant reflection on the mission and substance of a modern journalism education."

As noted by The New York Times, Columbia's journalism school is very different from when Lemann took over. During Lemann's term, the school added 20 full-time faculty members and a second master's degree program. Lemann also helped raise $167 million and improve the school's academic profile. However, due to a shifting industry and the increased importance of digital platforms, there are now fewer full-time journalism positions open to graduates today.

According to Bloomberg, while dean, Coll will be exploring new methods of preserving "independent, in-depth, serious" journalism during a period of staff and budget reductions at news organizations and as advertisers and readers make the switch from traditional to online media. Edward Wasserman, dean of UC Berkeley's journalism school, elaborated on Coll's role in this industry, stating that Coll's challenge "is the same challenge we all face - maintaining a tradition of excellence in an industry that is being radically restructured."

Coll sees the industry transformation in a positive light. He expands on the potential benefits of online media for Columbia and for the industry as a whole in the press release: "The digital revolution has been hugely disruptive within the profession but it also made journalism more vital, accessible, and essential. ...The Journalism School has a chance across the next decade to extend its leadership as an institution with worldwide influence, a locus of deep and serious education, a source of experimentation, and a place where great journalism is not just taught but practiced."