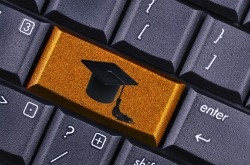 The Common Application, which is used by prospective college students to apply online to numerous institutions at once, is introducing changes in response to its rapid growth and popularity.

"All indications are that this rapid growth... is not only continuing, but accelerating," he was quoted as saying by the Chronicle.

In response to this growth, the organization plans to build a new, more user-friendly Web interface, called Common Application 4.0, which is expected to be launched in August 2013. "The current online system is a very good one," wrote Martha C. Merrill, the organization's president and secretary of the board, in a letter sent last month to its member institutions and quoted in The New York Times. "But it was not designed to handle the volume we're anticipating in the coming decade."

Merrill said that the new system would be "the simplest, most modern interface possible for applicants and members."

The Record in New Jersey reported that this past year, 45 schools signed up for the Common Application--the largest expansion ever. All together, the Common App lists 456 member colleges where prospective undergraduates may apply.

Ramapo College in New Jersey just signed up for the Common App this year. "This is a wonderful opportunity for us," said Peter Rice, the school's director of admissions, who was interviewed by The Record. "We can reach many more students by accepting the Common App, and we are joining a group of prestigious schools around the country. It makes it more convenient for the students, and we get more information submitted in a user-friendly fashion."

In a related article, U.S. News & World Report noted that the Common Application now has a new mobile site, which allows students and administrators to check the status of their applications on their smartphones. Students could theoretically even apply to college via iPod, but Killion noted that mobile capacity was not intended for that reason.

"You could take your iPhone right now and you could go to IRS.org and fill out your tax return if you wanted to do that on a three-inch screen, but it's just not very handy," he explained to U.S. News. "The same is true for the Common App. For us, it was the monitoring part... for those students who want to quickly track what they've done [and] remind themselves what they haven't done."