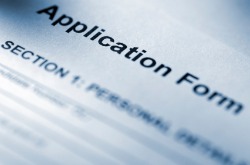 With college admissions deadlines fast approaching, many high school seniors are voicing frustration with the Common Application, the online admission form accepted by more than 400 colleges and universities nationwide.

According to The New York Times, college applicants have been expressing disappointment with the technological limitations of the popular application form, particularly when attempting to fit short essay answers into allotted spaces. Even more, when applicants follow the program's instructions to execute a "print preview" of their answers--which displays the actual version admissions officers see--their responses were consistently cut off at the margin, either midsentence or midword.

"It's kind of ridiculous," said Max Ladow, a senior at the Riverdale County School in New York, NY. "I take computer science. I have a vague idea of how this may or may not work. I think it would be just such an easy thing for an error message, at least, to pop up."

Admitting that the Common Application is not without its flaws, Killion conceded that some of the technical difficulties students encounter can be arbitrary and frustrating.

"A capital W takes up 10 times the space of a period," he said. "If a student writes 163 characters that include lots of Ws and m's and g's and capital letters, their 163 characters are going to take many more inches of space than someone who uses lots of I's and commas and periods and spaces."

When asked why the problem has not been fixed yet, Killion replied, "Believe me, if there's a way to do it, we'd do it. Maybe there's a way out there we don't know about."

Some admissions officials understand the technological shortcomings of the electronic application and do not penalize students when seeing glitches.

"In a nutshell, I would empathize with students' frustration," said Shawn Abbott, assistant vice president for undergraduate admissions at New York University. "A truncated essay is not going to be the end-all, be-all of an admissions decision."

According to independent college counselor Audrey Kahane, there are certain techniques high school seniors can employ to ease the anxiety of dealing with the Common Application's pitfalls, NorthJersey.com reported.

If students notice that their short answers are being cut off at the margins, they have the option of sending a complete version to the admissions office; however, they should only do so if their answers are seriously compromised, she said. Once submitted, Kahane reminded students that they cannot change or resubmit their application. If they are applying to additional Common Application schools, they can create an alternate version of the application which they can then edit and submit.

Widely known as the Common App, the five-page form contains questions about family, citizenship, grades, courses, extracurricular activities and disciplinary problems, The Washington Post noted. Launched in 1998, the Common Application has seen its usage skyrocket in recent years. Last year, about 500,000 students used it to submit about 2 million applications.

"With Common Application, Many Find a Technical Difficulty in Common, Too," nytimes.com, December 22, 2010, Jacques Steinberg