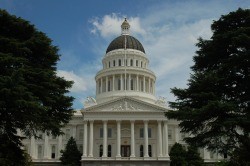 Community colleges are often hailed as a less costly means to an education than traditional colleges and universities, though students who want to earn bachelor's degrees must typically transfer to one of these four-year institutions to complete their education. A new bill in California would take community colleges' cost-saving benefits to a new level -- and streamline the whole process -- by allowing community colleges to offer a limited number of four-year degrees, reported KPBS. The bill has broad bipartisan support and just cleared its first hurdle: the California Senate.

"We have about 4 million unfilled jobs nationally right now, despite still fairly high unemployment," Block said. "The problem isn't that there aren't jobs out there, the problem is that we don't have people who are trained for the jobs that are out there."

A release published on Sen. Block's official senatorial website clarified that programs would need to comply with certain guidelines. For instance, any degree offered would need to be unique from anything already offered at the University of California and the California State University systems. Participating districts would also be required to submit a report to the Chancellor identifying the percentage of students completing the degree programs, the fiscal self-sustainability of the pilot and the number of students who actually receive jobs in a field relevant to their degrees.

Prior to becoming a state senator, Block served as president of the San Diego Community College district and as a professor and administrator at San Diego State University, reported the release. He is no stranger to California's higher education system -- or even to this type of legislation: SB850 marks his third attempt to pass such a bill. What makes this attempt any different? Block said he believes times have changed, and that California is in a better position to invest in closing its skills gap.

"We are in a fast-paced race that we can't afford to lose," said Block, adding that 20 other states since 1970 have allowed community colleges to offer bachelor's degrees. "It's wishful thinking to believe we can meet the challenge of producing another 60,000 bachelor degrees a year without using community colleges, and the longer we delay in using them, the further behind we will fall."

The bill, which must now go to the Assembly for approval, cleared the senate without a single "no" vote. It has many supporters, including many veterans groups. Block told KPBS that veterans tend to be highly trained but lack formal degrees. SB850 would allow them to earn these credentials at community colleges.

The full text of the bill is available online through the California Legislature's official website.