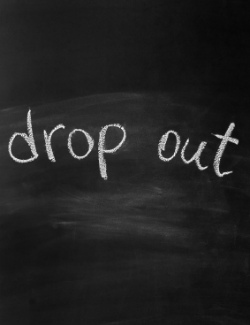 A new study has found that American taxpayers spend millions of dollars every year on full-time community college students who drop out after freshman year.

The report, titled "The Hidden Costs of Community Colleges," was released by the nonprofit American Institutes for Research in Washington, DC, and painted a bleak picture of community college retention rates. The study found that from 2004 to 2009, Americans spent close to $4 billion on community college students who quit school after one year and did not transfer. According to the report, about one-fifth of full-time students who enroll at a community college do not move on to their sophomore year.

"Taxpayers are investing billions of dollars to support students who never complete their first year," noted Mark Schneider, a vice president at AIR who authored the report, who was quoted in a news release. "And these students are paying tuition, borrowing money, and taking time away from work to pursue certificates or degrees they aren't getting. We must pay far more attention to the high costs of low retention rates."

Jerry Parker, president of Delaware County Community College, was not surprised by the findings. "We've been living with this for years," he told the Philadelphia Inquirer. "This is not a new reality for us. What they're doing is putting dollars to it."

The report called for measures to help improve retention rates at community colleges, including making it easier for students to take classes they need and rewarding colleges for reducing dropouts. The study also encouraged officials to gather better information about what is happening on campuses.

"We need more systematic knowledge about what works," Schneider told SF Gate. "We're talking about serious money by a system that can and should be doing better."

Garrison Walters, executive director of the Commission on Higher Education in South Carolina, pointed out that the report could leave the mistaken impression that low retention rates are because of management issues at community colleges, which is not the case. As he explained to The Post and Courier, the low retention rates reflect cultural roots: Many students, he said, come from families and communities that do not value education.

Moreover, community colleges often lack support services to help students who are unprepared for college. The Philadelphia Inquirer reported, for example, that about 70 percent of students at New Jersey's two-year colleges require some remedial or developmental courses. Low retention is often linked to spending a great deal of time and money on noncredit remedial courses.

"The issue of remediation in college is a serious one," noted Raymond Yannuzzi, president of Camden County College, who was quoted by the Inquirer.