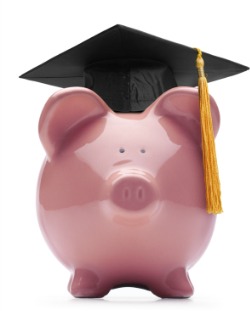 Research recently published in an executive summary by the Georgetown University Center on Education and the Workforce validates what many of us already suspected: when it comes to one's lifetime earnings potential, college does tend to pay off. Interestingly, however, this and other recent research has indicated that a 2-year degree may be worth more than a 4-year degree -- at least within certain professional disciplines.

According to NBC News, new data published by CollegeMeasures.org suggests that graduates of 2-year community college programs in technical or occupational fields -- such as information technology or nursing -- tend to earn more than their peers in non-technical and non-occupational programs. While this finding may not come as a surprise, CollegeMeasures.org's research also discovered that technical and occupational associate degree holders often earn more than individuals with bachelor's degrees. For example, employees who earned a technical or career-specific associate degree in Virginia between 2006 and 2010 earned close to $40,000 per year, while bachelor's degree graduates from the same state earned an average of $36,067 annually, reported NBC News.

"In the U.S., we've tended to think that the bachelor's degree is the only thing that matters, and this data tells us that technical degrees from community colleges are hidden gems," Mark Schneider, president of CollegeMeasures.org and a vice president of the American Institutes for Research, told NBC News.

Forbes reports that this pattern of 2-year technical degree holders garnering higher earnings than 4-year bachelor's degree graduates is consistent across each of the three states CollegeMeasures has analyzed so far -- Arkansas, Virginia and Tennessee (the group plans to release similar statistics for Colorado, Nevada and Texas shortly). CollegeMeasures aggregated anonymized education and earnings data to analyze the trend.

According to Forbes, this new data comes on the heels of another recent report from the U.S. Department of Labor indicating that job growth for individuals with associate degrees was outpacing that of more advanced degree graduates. In fact, the majority of the fastest-growing occupations in the country -- such as dental hygienists and veterinary technologists -- require only a 2-year degree. The recent recession, coupled with rising tuition, has only served to underscore the bargain of a community college education. Forbes reports that, between 2010-2011, the average community college student paid a tenth of the tuition expense paid by students attending private 4-year colleges.

"The degree level matters, but a lot less than it used to," Anthony Carnevale, director of Georgetown's Center on Education and the Workforce, told NBC News. "What matters is what you take. Thinking about it as a hierarchy of degrees isn't the way to think about it anymore."

Georgetown University's executive summary does note a caveat, however. While it's true that 2-year graduates in certain fields can earn impressive amounts, those amounts don't reflect lifetime earnings: As a rule, people holding more-advanced degrees still end up earning more over the entire course of their careers. These studies' various findings indicate that people considering their educational path should take into account, not only degree level, but also the marketability of their subject of study.

"In the math of education, two years sometimes is worth more than four years," lifeinc.today.com, December 30, 2012, Martha C. White