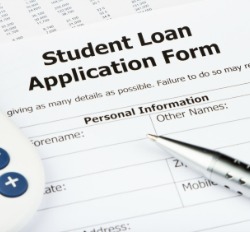 Completing the first two years of a 4-year degree at a community college would seem the logical route to take for students hoping to minimize higher education costs. This may not always be the case, however. According to a recent report from the nonprofit Texas Guaranteed Student Loan Corporation, or TG, many transfer students graduate with the same amount of debt as so-called "native" students who began at a 4-year university. In fact, in some cases -- particularly at private institutions -- transfer students actually end up owing more.

According to the The Texas Tribune, the report entitled "A Brief Look at ... Transfer Students and Financial Aid" used national data to analyze how much college debt transfer students accumulate during the course of their educations compared to students who started their journeys at 4-year institutions. Counter to conventional wisdom, the median amount of student loan debt is approximately $20,000 for both groups. Perhaps even more surprising is that for students who eventually graduate from private institutions, transfer students finished with roughly $2,000 more in debt than those who were there from the beginning -- $27,000 and $25,000, respectively.

"Many students have traditionally been guided to follow the transfer route, with the assumption it will help them save on certain college costs," Carla Fletcher, TG senior research analyst and report author, told the Houston Chronicle. "Unfortunately, we found this to be untrue, and in fact, the transfer route may end up creating significant barriers for some students."

Part of the reason transfer students do not reduce their higher education costs is because they tend to pay more at the university level where -- particularly at private colleges -- they tend to receive fewer grants and other aid than their "native" peers. According to the Houston Chronicle, the median overall grant aid awarded to transfer students attending private-sector schools was about $4,600 less than those who entered 4-year institutions as freshmen.

Steve Johnson, spokesperson for the Texas Association of Community Colleges where the research was conducted, said that the report signals a "disconnect" between financial aid policy at state and institutional levels for transfer students, reports The Tribune.

"Community colleges are the less expensive option for the state and student," he said. "So the goal should be to continue to emphasize this route and create effective financial aid policies at the universities for transfer students so they are not forced to take out more in student loans."

According to the Texas Tribune, TG was established by the Texas Legislature in 1979 to provide students and their families with college financial services and information.