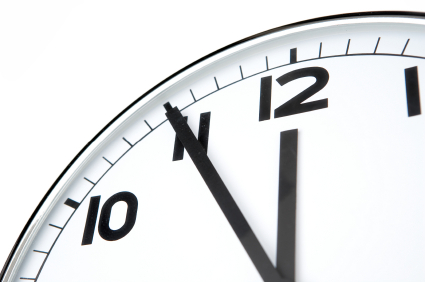 In an effort to accommodate booming enrollment and offer more flexibility to students juggling family and jobs, more community colleges are offering classes at late hours.

The Indianapolis Star reports that at Ivy Tech Community College in Central Indiana, 115 students have signed up for courses that begin at 9 p.m. and often end after midnight. The "Moonlight Madness" classes, as they are called, include English, history, math and psychology.

"I have to be able to work," explained Heather Walton, a working 35-year-old mother of three who signed up for a late psychology course and was interviewed by the Star. "This way, I can go home and do some things with my kids; I can get dinner, get them settled and then go to class."

"Quite literally, our colleges are doing everything they can think of to serve the greater numbers of students coming to community colleges," explained Norma Kent, a spokeswoman for the American Association of Community Colleges, who was quoted in the Star. "That includes late night, early morning, larger classes, appropriating space not in use or being used for non-classroom activities, online--you name it."

Similarly, KSPR 33 in Springfield, Missouri, reports that Ozarks Technical Community College recently added 12 "Night Owl" classes, beginning at 10 and 11 p.m. and ending after midnight. The classes were created to help accommodate the more than 11,000 students currently signed up at the school.

"It fit around my work schedule," said Jessica Prust, an OTC student who was interviewed by KSPR, "so I can work all day and still have a chance to go to school later on."

Bunker Hill Community College in Massachusetts, which was reported as the first school in the nation to offer midnight classes, recently added to its "Burning the Midnight Oil" course selection: The Boston Globe reports that his spring, Sociology 101 will be offered from 11:45 until 2:30 a.m., along with Psychology 101 and college writing.

"We're still bursting at the seams," noted Mary Fifield, the college's president, who was interviewed in the Globe. She noted that Bunker Hill's enrollment rose 38 percent from last year, and could result in more than 11,000 students in the spring semester.