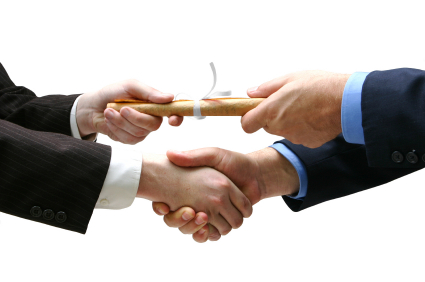 Overcrowded community colleges grappling with surging demand are beginning to turn to for-profit colleges for help.

California community colleges, which have been forced to close registration to many due to significant state budget cuts and record enrollment, have just teamed up with Kaplan University to help students complete degrees. An agreement will allow California community college graduates to transfer to Kaplan University to complete online bachelor's degrees at a reduced tuition rate. The initiative will mark the first time that Kaplan will be offering single online courses to students.

"Providing single course options for California community college students demonstrates the personalized approach for which Kaplan is known," said Gregory Marino, president of the Kaplan University Group, in a press release. "It also allows California students to pursue their dreams of earning a college degree."

Students in the Kaplan University Community College Connection program will be able to enroll in online Kaplan courses approved by California community colleges and will be eligible for a 42 percent tuition reduction. Textbooks and instructional materials will be provided free.

Additionally, a new program will allow students who complete associate's degrees at California community colleges to easily transfer to a Kaplan online bachelor's degree program. Students enrolling in the Save My Credits Transfer program, as it is being called, will be eligible for a 10 percent tuition reduction.

Turning to for-profit colleges to take some of the pressure off of community colleges is an idea that is likely to become more popular as states search for solutions. The Denver Post reports, for example, that a bill being sponsored by state Sen. Keith King will let students transfer general education class credits earned at for-profit schools to Colorado public institutions. Currently, public schools do not universally accept credits earned at for-profit colleges.

"If the private institutions are willing to step up and go through the rigor, there is no reason they shouldn't be able to do this," King was quoted as saying in the Denver Post. "This would ultimately make it easier for students."

Not everyone agrees that the idea is a good one. Alan Lamborn, vice provost for undergraduate affairs at Colorado State University, expressed concern that accepting credits from for-profit schools would be like "selling our brand to other people without our ability to control it."

But more officials appear to be considering for-profit institutions as viable alternatives to state and community colleges. "We don't believe we can use the same narrow bands of universities that we traditionally use," noted Michael J. Wilson, director of the organization Americans for Democratic Action, who was quoted by MSNBC in December, "and we believe we need to use every arrow in our quiver."