Companies Charging More Healthcare Costs To Smokers And The Overweight 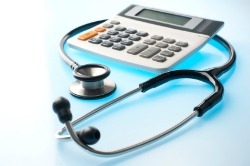 A growing number of firms are raising healthcare costs for employees who have high cholesterol, smoke, or are obese.

As Reuters reported, a survey conducted by consulting firm Towers Watson and the National Business Group on Health found that the use of healthcare penalties is expected to rise in 2012 to nearly 40 percent of large and mid-size companies. This year, the number was 19 percent, while in 2009 it was just 8 percent. Such penalties include higher premiums and deductibles for those who do not participate in health management activities or for those who put their health at risk through behaviors such as smoking.

Companies such as Home Depot, PepsiCo, Safeway, Lowe's, General Mills and Wal-Mart have all begun charging higher premiums from some employees with risky health habits in an effort to keep healthcare costs down. Wal-Mart, for example, recently announced that premiums for smokers will more than double. In explaining the policy, Greg Rossiter, a spokesman for Wal-Mart, told the Associated Press that smokers consume 25 percent more healthcare services than non-smokers.

"Nothing else has worked to control health trends," said LuAnn Heinen, vice president of the National Business Group on Health, who was quoted by Reuters. "A financial incentive reduces that procrastination."

Meanwhile, The New York Times reported that another survey released this week by Mercer showed that approximately one third of employers with 500 or more workers were offering financial incentives to workers who agreed to enroll in wellness programs.

Programs that penalize workers for not achieving specific health outcomes are expected to rise. Reuters noted that a survey from Aon Hewitt released in June found that nearly half of employers expect to institute such programs by 2016. In 2011, the number was just 10 percent.

But some have argued that such policies are unfair. "It's not inherently wrong to hold people responsible, but it's a dangerous precedent," said Lewis Maltby, president of the Princeton-based National Workrights Institute, who was interviewed by Reuters. "Everything you do in your personal life affects your health."

Others have argued that penalties might have the unintended effect of exacerbating health problems. Dr. Kevin Volpp, the director of the Center for Health Incentives and Behavioral Economics at the Leonard Davis Institute at the University of Pennsylvania, pointed out that surcharges for smokers and the obese may cause people to consequently choose less expensive plans or to drop coverage completely.

"There is this potentially very significant set of unintended consequences," he told the Times.