Companies Should Focus On Employee Retention In 2012, Experts Say 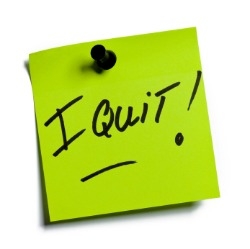 The unemployment rate has dropped, and some experts are predicting that more workers will soon quit their current jobs and move on to new ones. Consequently, businesses should be focusing more on retaining their employees.

"I think 2012 is the year of the payback, meaning that all the slashing and burning of the workforce has severely wounded the ability to motivate employees," said Irwin Kellner, chief economist for Marketwatch.com, who was quoted by Forbes.

Forbes pointed out that there are numerous signs that more employees will consider quitting their jobs soon: First, the employment rate fell last month to 8.5 percent, the lowest point in three years, and the rate of layoffs is lower now than anytime before the recession. Also, according to the Labor Department, there has been an increase in the number of Americans quitting their jobs. Finally, the BNA Annual Economic Forecast showed that the economy is improving, and that there will be gains in hourly compensation for workers in the private sector.

"Even with all of the bad news about the labor market, the reality is that it's starting to get better, and for the highest potential talent it's still an incredibly competitive market," noted Brian Kropp, managing director of the Corporate Executive Board's corporate leadership council, who was quoted in Forbes. "What companies need to be thinking about now when considering those employees is recovering from a lot of the wounds that they've inflicted upon their workforces over the past few years."

That does not necessarily mean offering more compensation to employees. According to the CEB's quarterly study of 20,000 employees, money does not even rank in the top ten reasons that employees choose to remain in their jobs. The top five reasons for employee retention include: job-interest alignment, manager quality, co-worker quality, people management, and respect.

"Making sure people are doing jobs they're interested in is key," Kropp noted.Some experts say that employees should not be too hasty to leave their current jobs. "Employees are definitely turning their attention toward retention and recruiting" this year, acknowledged John Challenger, CEO of the outplacement group Challenger, Gray and Christmas, who was quoted by the Minneapolis Star Tribune. "Companies are concerned about losing talented workers, but they also know that the labor pool is full of willing and able candidates. So if you have a job, your workplace resolutions should be focused on keeping it as well as putting yourself in a position for a possible salary increase or promotion. Those who want to keep or improve their positions in the new year are not going to do so by flying under the radar."