Company Digs Up Dirt On Social Media Sites For Employers 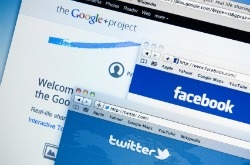 Be careful what you do or say online. While we have heard stories of people losing their job for posting negative Facebook comments, some companies are taking it a step further and requiring job candidates to pass social media background checks.

Job applicants are usually prepared for background checks and credit reports, but a start-up in Santa Barbara, CA is offering employers a new kind of screening test: a social media background check. According to The New York Times, Social Intelligence scours the Internet for everything a potential hire has said or done in the past seven years. The company compiles all public information and sends employers a report highlighting professional honors and charitable work as well as negative information such as racist remarks, references to drugs, sexually explicit photos or videos, flagrant displays of weapons or bombs and clear signs of violent activity.

"We are not detectives," said Max Drucker, President and CEO of the company. "All we assemble is what is publicly available on the Internet today."

While a third of the data comes from major sites such as Facebook, Twitter and Myspace, Drucker noted that much of the negative information comes from deeper searches that reveal comments on blogs, forums and smaller social sites such as Tumblr, Yahoo groups, e-commerce sites and even Craigslist.

Privacy advocates have argued that social media screening allows employers to evaluate applicants on information that may not be relevant to job performance. Drucker stated that this is where Social Intelligence steps in.

In an interview with CNN, Drucker explained that, like background and credit checks, applicants give consent for the social media check to be conducted. According to Drucker, the company only reports on the specific criteria previously mentioned and does not report anything that is protected under federal employment laws such as a person's race, religion, marital status or disability, which ensures that both employer and potential employee are protected. If any negative information is found, The New York Times noted that the job candidate is notified.

"Googling someone is ridiculously unfair," said Drucker to The New York Times. "An employer could discriminate against someone inadvertently. Or worse, they are exposing themselves to all kinds of allegations about discrimination."

So what gets people in trouble the most? Drucker said it's public photos and videos.

"Sexually explicit photos and videos are beyond comprehension," he said. "We also see flagrant displays of weapons. And we see a lot of illegal activity. Lots and lots of pictures of drug use."

Though some think social media screening goes too far, MarketWatch reported that the Federal Trade Commission has decided that it does not violate any privacy laws and that the company is, in fact, compliant with the Fair Credit Reporting Act.

That being said, MarketWatch recommends that job seekers be wary of information that they post anywhere online. Make an effort to find out what is out there about you, not just once, but frequently. And if you find anything that could potentially be taken out of context, remove it immediately.

"People are slowly becoming aware of the consequences of posting too much information on the Web," said John Challenger, CEO of outplacement-consulting firm Challenger, Gray and Christmas. "But they shouldn't wait until they make a mistake and lose a job because of it."