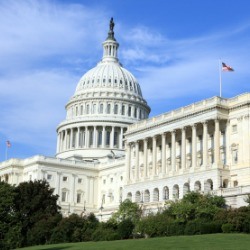 On Tuesday night, members of Congress reached an agreement that would prevent tax hikes and postpone automatic across-the-board spending cuts that would have affected many important programs in higher education.

According to Inside Higher Ed, the bill stops tax increases for all except individuals earning at least $400,000 and households earning at least $450,000. These groups will experience a tax increase from 35 percent to 39.6 percent. The bill also extends the American Opportunity Tax Credit, which allows students and parents to claim up to $2,500 a year, for five years, for college tuition. Other tax provisions that will affect higher education were also made permanent in the bill that passed the Senate by a vote of 89-8 and the House, 257-167.

As The Chronicle of Higher Education reported, if Congress had not reached an agreement, tax rates would have gone up for all Americans and spending would have been cut for many federal programs through a process called “sequestration.” Had that happened, many discretionary programs within higher education would have seen spending reductions of 8.2 percent and mandatory programs would have faced reductions of 7.6 percent. The Chronicle of Higher Education noted that these cuts would have affected programs such as the National Institutes of Health and the National Science Foundation.

Although the agreement was successful in preventing tax hikes and across-the-board spending cuts, Congress will still need to figure out how to cut $6 billion from the budget by March 1, reported Inside Higher Ed. It is unclear whether these cuts will impact other important higher education programs.

“The good news is that the automatic reductions have been avoided and this is a welcome development for scientific research conducted at universities,” said Terry Hartle, senior vice president for government and public affairs at the American Council on Education, to Inside Higher Ed. “The bad news is that the uncertainty surrounding the proposed reductions remains and, if you look hard enough, you can see another fiscal cliff in the not-too-distant future.”

Indeed, NBCnews.com pointed out that the bill is merely a temporary resolution and speculated that the first half of the year will be a continued battle over raising the debt limit, basic funding, and budget cuts.

According to The Chronicle of Higher Education, President Obama commented on making drastic cuts in a statement after the House voted: “We can’t simply cut our way to prosperity,” he said. “And we can’t keep cutting things like basic research and new technology and still expect to succeed in a 21st-century economy.”