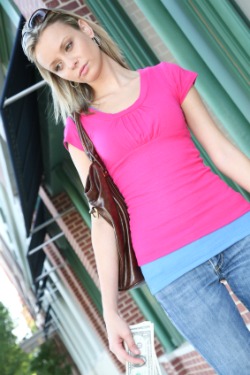 After reaching a five month high in November, the consumer confidence index dipped unexpectedly this month, despite a high level of spending during the holiday season.

The Conference Board's index of consumer confidence fell to 52.5 in December, down from 54.3 the month before, NPR reported. A score of 90 or above indicates a health economy.

Economists had forecast an improvement in the index after the economy suffered the most severe economic downturn since the 1930s. An increase would have been consistent with the strong 5.5 percent jump in holiday sales that rose to $584 billion from November 5 through December 24, according to MasterCard Advisors' SpendingPulse.

"Despite this month's modest decline, consumer confidence is no worse off today than it was a year ago," Franco said. "Thus, all signs continue to suggest that the economic expansion will continue well into 2011, but that the pace of growth will remain the same."

The majority of other index components fell in December as well, with a slightly better outlook toward business conditions but a more cautious attitude toward the ailing job market.

Taken altogether, December's dip in confidence reveals the deep impact of the recent recession and the relationship of the job market to consumer attitudes. Most Americans either know someone who has lost a job during the downturn or have lost a job themselves. They also sense, however, that the economy is in much better shape than a year ago and that many companies are performing well.

Yet, until consumers witness a significant improvement in job creation--a lower unemployment rate, for instance--they will most likely refrain from making large purchases.

According to CNN Money, consumer confidence has shown significant gains from March through June of this year, but has been inconsistent since then, plumeting to a 17-month low of 48.6 in September.