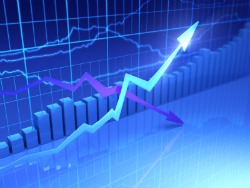 Optimism among US consumers rose slightly in November to the highest level in five months, according to a report released Tuesday by a New York-based research group.

"Consumer confidence is now at its highest level in five months, a welcome sign as we enter the holiday season," said Lynn Franco, director of The Conference Board Consumer Research Center, which issues the index every month. "Consumers' assessment of the current state of the economy and job market, while only slightly better than last month, suggests the economy is still expanding, albeit slowly."

The board conducts a monthly survey of 5,000 households to gauge the level of consumer confidence. Officials use this report as a barometer to predict shifts in consumer spending patterns.

According to The Daily Finance, this increase in the Consumer Confidence Index is significant to analysts because its fluctuations are correlated directly with consumer spending, which composes nearly two-thirds of the nation's economic activity. Thus, an upward trend in consumer confidence will most likely translate to higher corporate earnings and greater job opportunities.

To economists, this month's report lends credence to the possibility that the US economy is on the road to recovery heading into 2011. Americans are getting the sense that layoffs are subsiding, the economy is growing and that many companies are performing well financially.

In November, 16.7 percent of American spenders said they anticipate business conditions to be "better" in six months, up from 15.8 percent in October, MarketWatch reported. Also, 18.8 percent of consumers expect there be to fewer jobs, down from 22.3 percent in the prior month. The improvement--albeit small--in both figures is another reason for analysts to be hopeful about the ailing economy.

"It is hard to envision a sustained pickup in expectations without a commensurate move lower in the unemployment rate," Greenhaus said.

Though the rise in consumer confidence repreesents a modest sign of encouragement during a time when layoffs are abundant, revenues are down and jobs are sparse, Franco stays steadfast to his faith in the economy.

"Expectations, the main driver of this month's increase in confidence, are now at the highest level since May," Franco said. "Hopefully, the improvement in consumers' mood will continue in the months ahead."