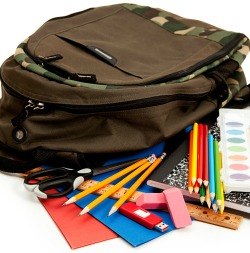 It's nearing the end of September. Summer vacation is over, and students have either recently returned to school or are preparing for the start of the new school year, which means it is time for back-to-school shopping. This year, retailers experienced a new trend in the back-to-school season: a rise in social and mobile sales.

Social referrals made the biggest impact in apparel, contributing to 1.4 percent of all sales in July and 2.2 percent in August - an increase of more than 113 percent over last year, according to the press release. The importance of social referrals in apparel is reflective of some experts' belief that students hold off on many back-to-school purchases until they see what their peers have bought.

Surprisingly, most of the items purchased were not directly school-related. MarketingDaily quotes Jill Puleri, Global Retail Leader of IBM, as she comments on this year's back-to-school consumer behavior: "Back-to-school season is proving to be a trigger event that spans across categories beyond just notebooks and backpacks." As the press release notes, home goods and department stores experienced the largest success in online sales during the current back-to-school season. Compared to last year's sales, home goods sales increased by 30 percent in July and by 25.5 in August. Mobile sales for home goods were also strong, reflected by a sales increase of 19.1 percent in July and 20.1 percent in August.

According to Forbes, social commerce is a trend that could also impact the holiday shopping season. What should retailers keep in mind from the recent back-to-school online shopping success? As Puleri explains in MarketingDaily, the successful retailers were companies that "...connected consumers with the right products, at the right price, and through the right medium - whether in a store, a mobile device or through popular social media channels."

"Consumers Defer Back to School Shopping in Favor of Purchases for the Home, IBM Reports," prnewswire.com, September 18, 2012