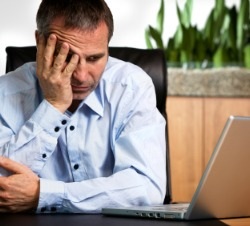 A recent article from The Wall Street Journal has called attention to the fact that even careers perennially considered to be secure and comfortable—such as jobs in finance, law, and medicine—have seen a marked decline in job security and benefits. The Journal cites its report on the recent termination of Goldman Sachs’ two-year contract program for college graduates, as well as several disheartening statistics regarding the salaries and job satisfaction of lawyers and physicians over the years, in order to illustrate the extent to which the statuses of these professions have changed.

Careers in finance have long been considered a fast track to a lucrative future. However, as banks have begun to trim expenses and look more critically at their first-year analysts’ performance, they have also scaled back or even eliminated their entry level analyst programs that are geared towards college grads. One of the most recent and significant examples is Goldman Sachs’ decision to end its two-year contract program for fresh college graduates entering the analyst profession. In addition to this termination, Goldman also reduced the bonuses it grants its analysts. The decline in the benefits of banking jobs has prompted many college graduates to reconsider the financial career route.

However, it seems that even other long-term and previously considered secure career options are not nearly as appealing as they once were. For example, the Journal cites the National Association for Law Placement's report, which found that law school graduates experienced a steady decline in their median annual salaries, from $130,000 in 2009 to approximately $103,600 in 2010, and finally to $85,000 in 2011. The mean average pay for lawyers, meanwhile, has decreased by 15 percent since 2009.

Furthermore, points out the Journal, though doctors still report a solid salary range of $156,000 to $315,000 depending on their specialty, medical school debt and professional expenses such as malpractice insurance premiums decrease their net income to such an extent that nearly 90 percent of physicians responded in a Medscape survey that they do not believe their net income to be significantly more than that of nonphysicians.

So if even conventionally cushy jobs are not in fact so cushy after all, how does one actually obtain a degree of job security? The Huffington Post responds to this question with the argument that, more than any particular degree or specialized training, college grads need to possess adaptability in order to be attractive candidates for employers. How one obtains such adaptability has been a controversial issue among various employers. For example, HuffPost mentions a study in which 45 percent of the employers surveyed preferred college students who focus their studies on a practical and professionally relevant field, while the other 55 percent of the surveyed hiring managers believed that a more comprehensive education better prepares students for the working world.

Regardless of their ultimate choice of major, college students can hone their adaptability through internships and concrete work experience in their field of professional interest. With training programs and apprenticeships on the decline at many companies, the responsibility has fallen largely on the individual student to gain enough experience to obtain workplace adaptability and better employment opportunities.

"No Such Thing As Job Security," blogs.wsj.com, September 14, 2012, Melissa Korn and Leslie Kwoh