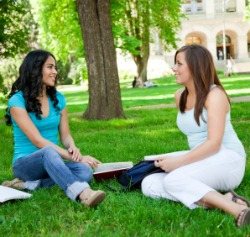 Due to escalating higher education costs, South Carolina's Converse College plans to slash its undergraduate tuition by 43 percent next fall, the school announced Tuesday. This tuition reduction would be the first of its kind in the state and would place Converse among 10 other U.S. schools that have taken similar action since 2012, Patch reported.

"It's the right thing to do," said Converse President Betsy Fleming. "We heard families' concerns about the rising price of college, and we committed ourselves to finding a sustainable solution. We now want to start a new conversation in higher education -- one that focuses on real value in terms of both quality and cost."

Students at this Spartanburg women's school currently pay $29,124 for tuition and, if living on campus, an additional room and board fee of $9,120, for a total cost of $38,000 per year, GoUpstate noted.

The rate changes would go into effect for the 2014-2015 school year and apply to new and returning students. Those students currently paying less than $16,500 because of financial aid would still do so, as Converse would continue providing its scholarships and grants.

The school's decision to reset the tuition rate came after 18 months of consideration and financial projections revealed tuition likely would surpass $50,000 in 10 years if allowed to keep rising at current rates.

"The old business model depended upon annual increases of 3 to 5 percent," Fleming said. "It's just not sustainable."

The new tuition rate would make Converse more affordable for middle class families who might not qualify for financial aid based on need, GoUpstate indicated.

"It's the middle class families that are being pushed out," Fleming said. "It's those families that we think will be most excited."

According to The State, Converse will save $9 million by not having to offer students financial aid to help cover the current $29,000 tuition. It will use about $3 million of that savings to provide financial assistance to students in need with the new rate. It will apply the remaining $6 million to faculty salary raises and capital improvements, perhaps even technology upgrades.

"We are proud to be delivering a proactive response to the nation's call for college education that makes good economic sense and delivers high-quality results," Fleming told Patch.