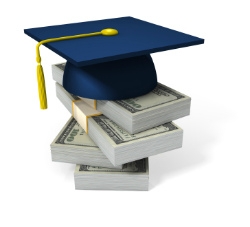 Cooper Union, a prestigious New York college that offers its top art, architecture and engineering programs to undergraduates for free, is considering charging tuition for the first time in over a century.

"Altering our scholarship policy will be only as a last resort," said Jamshed Bharucha, president of the college, who was interviewed by The New York Times, "but in order to create a sustainable model, it has to be one of the options on the table."

According to Jolene Travis, a Cooper Union spokesperson who was quoted in The Wall Street Journal, the institution's budget deficit has been growing for decades and was "significantly accelerated" in 2008. This year, the deficit amounts to $16.5 million.

Bharucha did not offer details to the Times about the amount that Cooper Union would charge if its tuition-free policy changed, although an article in Bloomberg Businessweek last year estimated the value of Cooper Union's annual tuition to be $35,000. Bharucha did note, however, that lower-income and many middle-income students would continue to attend the school for free, as would the 900 current undergraduates. He also said that no definite decisions had been made yet; however, he stressed the need to quickly find "new, robust revenue streams."

Cooper Union students, alumni and faculty members have objected to the proposal, arguing that charging tuition would change the college's identity and social mission. "It's a contradiction to everything we've learned about Cooper," said Milton Glaser, 82, the co-founder of New York magazine, who was quoted by the Times. "It's the last opportunity for free education on that level in the entire country."

Joe Riley, an art student who was interviewed by the Wall Street Journal, agreed. "Tuition would destroy everything that makes Cooper great," he said.

Inside Higher Ed reported that students are planning to walk out of class at 2 p.m. on Wednesday in protest. In addition, over 2,000 signatures have been collected in an online petition to preserve the college's tuition-free policy.

According to the Times, Cooper Union was founded in 1859 to provide free education for the working class. During the first few decades of its existence, it charged tuition from students who could afford to pay. But after the school received some major gifts in 1902, it began offering free education. The college is among the most selective in the country, with less than 10 percent of applicants admitted each year.