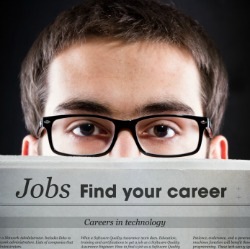 In an effort to help students find jobs and also bring in revenue, MOOC provider Coursera announced the launch of its new employee-matching service.

As reported by Inside Higher Ed, Coursera Career Services is a new recruiting tool that aims to connect high-performing online students with top employers. Students who complete a Coursera course can opt in for the service, which would add their information to a database that employers can access. Information will remain strictly confidential and will only be used as consideration for employment. As The Chronicle of Higher Education pointed out, universities will also have the chance to decline the service. If that happens, any student taking the school’s courses will not have access to it.

“Some universities are still thinking it through, so not all have said yes,” said Andrew Ng, a co-founder of Coursera, in an interview quoted by The Chronicle of Higher Education. “I don’t think anyone said, ‘No now and no in the future.’ This is a relatively uncontroversial business model that most of our university partners are excited about.”

According to a Coursera blog post, the service uses “sophisticated analytics” to match students’ interests, skills and knowledge with companies looking to hire. Coursera did not state how many partnerships it has in place, but noted that they are working with talented companies of various size, including Facebook, Twitter, AppDirect and TrialPay.  If a partner employer is interested in a student, Coursera will reach out to the student to find out whether he or she is interested in the opportunity. The partner company will pay a flat fee to Coursera for each of these introductions and a percentage of the revenue will also go to the college that offered the course to the student of interest.

Coursera has been testing the career service for a few months and has seen positive results so far. As the blog post pointed out, one partner company stated, “the candidates we’ve gotten from Coursera are performing better in our process than candidates from any other source.”

Ng further explained the advantages of the new career service in The Chronicle of Higher Education: “The question is how many resumes you need to read to find a candidate you’d like to speak with. Students who complete and do well in [Coursera] classes have a very high chance of being interesting to employers.”

However, despite its success rate, the recruiting tool is currently only available for software engineering. Coursera plans to eventually expand the service to other disciplines and more companies are expected to join the partnership in the future.

According to Inside Higher Ed, Coursera is not the only MOOC provider exploring the recruiting route. Udacity has also been experimenting with a recruiting model as a source of revenue. Founder Sebastian Thrun told The Chronicle of Higher Education that Udacity is partnered with 350 companies, including numerous tech start-ups as well as big name companies such as Google, Amazon and Facebook. However, unlike Coursera, Udacity acts more like a headhunter.

“We go through our database and find people that seem to be good matches for the openings from these companies,” Thrun explained in The Chronicle of Higher Education.

Though a promising service for students, Coursera’s new recruiting feature will not be the largest source of revenue for the company, Ng pointed out. Most of its revenue is expected to come from selling certificates.