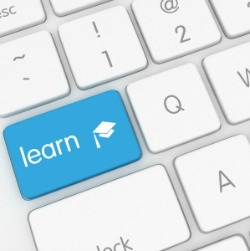 On the company’s blog, Coursera announced it has begun working with 10 U.S. state university systems and public schools to increase access to quality higher education, boost college graduation rates and encourage high school students to pursue college-level classes early on. Coursera also hopes that the partnership will help improve the “blended learning” education model—in which students learn through a blend of online lectures and content and in-person classroom interactions—by allowing professors to adapt existing MOOC content as well as develop their own online courses to meet their specific classroom needs.

As The New York Times pointed out, the partnership represents a new direction for the MOOC provider as it previously only targeted partnerships with elite research universities. The company now wants to broaden its audience.

“Our first year, we were enamored with the possibilities of scale in MOOCs,” said Daphne Koller, one of the founders of Coursera, in The New York Times. “Now we are thinking about how to use the materials on campus to move along the completion agenda and other challenges facing the largest public university systems.”

Reactions to the expansion have been mixed. Some education leaders are optimistic about its potential to alleviate major issues in higher education. However, as is usually the case with MOOCs, there are some concerns. For instance, according to The Wall Street Journal, some critics worry that faculty at less prestigious schools will be displaced by online lectures from professors at elite institutions.

“Higher education is being disrupted just like the steel industry or the newspaper industry,” commented Ray Schroeder, director of the Center for Online Learning, Research and Service at the University of Illinois Springfield, in The Wall Street Journal. “From that shakeout, a lot of people will become unemployed.”

Some students also expressed concern. One student from the University of New Mexico in Albuquerque praised the project for making college more affordable and, therefore, accessible. However, this student also pointed out that professors have a difficult time interacting with hundreds of students and questioned if it was possible for one professor to connect with a classroom of 100,000 students.

In response to faculty push back, Koller told The New York Times that she sees the new project as a means to “help public universities do more with the less they’re getting in state support.”

“10 US State University Systems and Public Institutions Join Coursera to Explore MOOC-based Learning and Collaboration on Campus,” blog.coursera.org, May 29, 2013