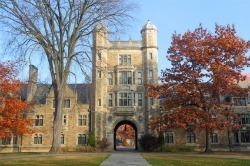 A federal appeals court overturned a state ban on affirmative action in Michigan late last week, a decision that will likely reignite national debate over the controversial issue.

According to Inside Higher Ed, the U.S. Court of Appeals for the Sixth Circuit ruled 2-to-1 in favor of erasing the voter-approved ban, which judges said "unconstitutionally alters Michigan's political structure by impermissibly burdening racial minorities".

As reported by The New York Times, George B. Washington, attorney who represented the Coalition to Defend Affirmative Action, Integration and Immigration Rights and Fight for Equality by Any Means Necessary, the coalition challenging the ban, called the ruling "a tremendous victory".

The ban, known as the Michigan Civil Rights Initiative or Proposal 2 to voters, was made part of the State Constitution in 2006 when voters passed it 58 percent to 42 percent. The ban prohibited "preferential treatment to any individual or group on the basis of race, sex, color, ethnicity or national origin" in government hiring as well as admission to public colleges and universities.

As The State News reported, on Friday judges determined that the ban violated the equal protection clause of the 14th Amendment. State Representative Mark Meadows (D-East Lansing) argued that overturning the ban was a good thing as affirmative action allows for equal opportunity for historically disadvantaged individuals.

"There are areas in the state in which, because of historical racial discrimination, we have concentrations of individuals in underserved areas--(usually) larger urban areas--and that's where we see failing," he said. Furthermore, he added, "Affirmative action was never a quota."

"The Michigan Civil Rights Initiative embodies the fundamental premise of what America is all about: equal opportunity under the law," he said to The New York Times. "Entrance to our great universities must be based upon merit, and I will continue to fight for equality, fairness and rule of law."

CNN noted that the issue of affirmative action has become whether and when affirmative action programs should be phased out. Some argued that while it was once needed to obtain diversity, it is now causing reverse discrimination.

According to The State News, because the ruling was made after acceptances were already made for the 2011-12 academic year and because Schuette is expected to appeal, it is likely to have little immediate impact on the University of Michigan.