CSU Board Of Trustees Freeze Pay Raises For Presidents 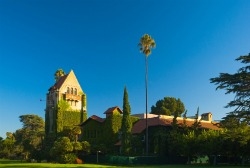 Salary pay raises for college presidents at the 23 campuses that make up the California State University system were frozen earlier this week following protests by students during a Board of Trustees meeting.

The new plan, voted into place by the California State University System Board of Trustees, will be in effect for two years, according to the Los Angeles Times. It will stop pay increases for all of the system's college presidents given one major exception: when funding for pay raises comes through private campus foundations. However, even then, foundations cannot bump pay up more than 10 percent. This delivery option will still allow schools to attract high-tier candidates with a handsome financial package.

"At a time when state funding continues to decline, it's important to remain fiscally productive, but it's equally important to competitively compensate our new university presidents," Chairman of the Board Lou Monville said in the Contra Costa Times.

The issue came to light recently following pay raises that were given to two new CSU presidents. Both reportedly received the maximum increase, which put their salaries over their predecessors. Mildred Garcia, the new president of CSU Fullerton, will start receiving annual compensation of $324,500 next month while Leroy M. Morishita, the new president of the East Bay campus, is to receive $303,660 annually, reported The Chronicle of Higher Education.

The Contra Costa Times reports that Gov. Jerry Brown and State Superintendent of Public Instruction Tom Torlakson were not pleased by the reports of the pay raises for Garcia and Morishita. Torlakson, however, did commend the board on its recent decision.

"At a time when students are seeing fees rise, courses are being cut, faculty and staff are making financial sacrifices, and the public is being asked to invest more to prevent deeper cuts, freezing the salaries of incoming campus presidents represents a measure of fairness," he said in a press release.

The board has been the focus of attention before, reported The Chronicle of Higher Education. Last year, its members took heat when they approved a $400,000 annual salary for Elliot Hirshman, the former provost of the University of Maryland at Baltimore County, so that he could become president of San Diego State University. His salary was 33 percent higher than that of his predecessor, The Chronicle reported.

The Contra Costa Times reports that at this same meeting board members voted to increase student tuition by 12 percent.

In January of this year, the board voted to cap salaries for new presidents at 10 percent of what their predecessors made. With the most recent decision, however, all pay raises have been frozen period, albeit for the private funding exception. Critics of the recent vote say that any extra money raised -- private or otherwise -- should be used to help offset tuition costs and to aid in enrollment.

"After Outcry Over Raises, Cal State Trustees Take Another Look at Policy on Presidents Pay," chronicle.com, May 8, 2012, Jack Stripling