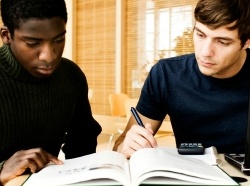 CSU's Chancellor Office had the Financial Aid and Scholarship Office hold 20,000 graduate students' cash grants, a total of about $90 million, in anticipation of the CSU executive vote, SF Gate reported. Graduate students throughout the 23-campus system began receiving notices of the withholding last week. Those receiving SUGs account for about half of all enrolled graduate students.

CSU faces a potential loss of $200 million in state funding next year, which would be in addition to the $750 million cut this year.

"As far as we know, it's a done deal," said Miles Nevin, executive director of the California State Student Association, which is housed at CSU headquarters. "The funds are being pulled and being placed somewhere else. We just don't know where."

State University Grants, used for tuition, are awarded to students based on need. They generally range from $5,000 to $6,400, depending on how much a student's family is expected to contribute, The Orion noted.

As stated by The Chronicle of Higher Education, graduate students aren't eligible for the state's Cal Grants program, financial aid for low-income undergraduates. Moreover, starting July 2012, the federal government will no longer provide subsidized student loans for graduate students. Subsidized loans allow students to defer interest on their loans until after graduation.

According to SFGate, graduate students who do not receive a State University Grant can get a federal loan for an equal amount at a 6.8 percent interest rate.

"Students will simply have to borrow more to get their programs done," Dan Reed, director of the Financial Aid and Scholarship Office, told The Orion. "I hope that we don't end up with students not finishing programs because of it. That would be awful."

SFGate reports that two San Francisco State students who could lose their grants, Hayley Leventhal and Arielle Smith, both 25, created and posted an online petition urging CSU to keep the SUGs in place. The petition reads, "Stand up to tell Chancellor Reed and the Board of Trustees that advanced degrees are not luxury goods, and that the CSU system cannot and should not sacrifice graduate students." Created on Wednesday night, the petition had garnered than 200 signatures by Friday.

Jeff Bryant, a CSU Chico student with two years remaining in the anthropology graduate program, told the Orion that he will have to take out about $13,000 in unsubsidized loans if the university grants are pulled."If I didn't have these grants, I wouldn't have been able to come here," he said. "If SUGs were cut, it would serve as a block for anyone from a lower economic background to rise to the graduate level."