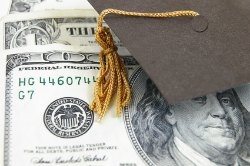 One proposal targets the so-called "super seniors" who have accumulated more than 160 semester units and who make up about 7 percent of CSU seniors. CSU spokesman Michael Uhlenkamp told The San Diego Union-Tribune that "super seniors" have been an issue for years. Individual campuses have already adopted policies to monitor students' progress and require them to meet with advisers, he said, but this is the first time the CSU system has sought to address the problem with fees.

California State University trustees will meet in Long Beach this week to consider the three-part proposal, reported The Oakland Tribune. The proposed "Graduation Incentive Fee" would charge in-state seniors who have earned at least 160 semester credits (or 240 quarter credits) the same rate as nonresidents. The fee would amount to $372 per semester unit and $248 per quarter unit. A "Third-Tier Tuition Fee" would affect students taking more than the usual class load; the charge for every unit beyond a 17-unit cap would be $182 per semester unit or $122 per quarter unit. The "Course Repeat Fee" would charge for repeated classes at a rate of $91 per semester unit and $61 per quarter unit. CSU estimates about 80,000 classes are repeated system-wide each academic year, which takes spots away from other students.

CSU believes that if the onset of these fees is delayed until fall 2013, an estimated 9,000 super seniors should be able to finish their degrees without paying additional charges. Furthermore, officials project that the plan could free up spots for 18,000 new students, The San Diego Union-Tribune noted.

"Campuses continue to receive many more applications from students than they can serve. We're turning away 20,000 eligible students each year," Ephraim P. Smith, Cal State's executive vice chancellor and chief academic officer, told the Los Angeles Times. "The passage of Proposition 30 helps, but does not solve all of our financial problems. It is critical that we look for new ways to be efficient."

Many students oppose the new fees, saying they unfairly punish those facing obstacles to graduation. San Diego State University "super senior" Cody Barbo told The San Diego Union-Tribune that higher fees could penalize students who work full time or have family responsibilities. Those students would end up paying more if they need additional time to graduate because of job-related or personal obligations. Barbo, who is earning bachelor's degrees in both communications and business marketing, suggested that the higher costs could also dissuade students from pursuing double majors.

The Los Angeles Times reported that Students for Quality Education -- a student activist group -- is scheduling demonstrations at several campuses this week. The group also plans to organize a protest at the Long Beach board meeting.