CSU To Turn Away 10,000 Students Due To Funding Cuts 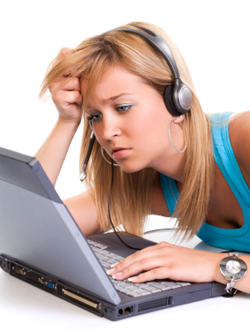 The California State University (CSU) system is bracing for a $500 million, or 18 percent, cut in state funding for the 2011-12 fiscal year. As a result, colleges will have to turn away 10,000 students next year, reduce spending in the chancellor's office and let go of faculty and staff, reported the Los Angeles Times.

Furthermore, to make matters worse, CSU could face a $1 billion reduction if tax extensions proposed by Gov. Jerry Brown do not make it on the June ballot or are not approved by voters. According to a CSU press release, if that should happen, state funding for the system would drop below 1996-97 levels, when it served 100,000 fewer students. A $500 million cut would bring state support down to 1999-2000 levels, when CSU served 70,000 fewer students. Furthermore, the 18 percent reduction is the equivalent of funding for more than 85,000 students across California.

While no new tuition hikes have been proposed--only a 10 percent increase for the 2011-12 academic year had been approved back in November--that could change if more state funding gets cut.

The 23 CSU campuses must figure out how to reduce their budgets by a total of $281 million. Chancellor Charles B. Reed stated that his office would also lose $11 million in funding.

As noted in SF Gate, the tuition increase that had already been approved for next fall will limit cuts to $400 million. Reducing next year's enrollment by 10,000 will result in $60 million in savings. However, in order to really combat the reduction, payrolls will have to be cut. According to the press release, 84 percent of the system's operating cost is for personnel. CSU will have to reduce expenses in this area by at least $250 million, which means more faculty and staff layoffs. More than 4,100 employees have already lost their jobs since California's financial crisis began in 2008-09.

"It's sure to be pretty devastating," said Lillian Taiz, president of the California Faculty Association. "There will be many people out of work, and in this economy, that's a nightmare."

"Many at Northridge are first-generation college students and this is their path to the middle class," Koester told the Los Angeles Times. "To now have the state say, 'We don't value access for you the way we valued it for earlier generations,' is just wrong."

Career and Education News
Home >
News>
CSU To Turn Away 10,000 Students Due To Funding Cuts