Dartmouth Will No Longer Accept AP Scores for Course Credit 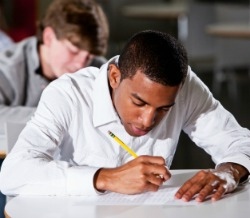 Dartmouth College has decided to stop offering class credits for incoming students with high scores on Advanced Placement, A-Level and International Baccalaureate examinations. The new policy may lead to higher costs for some students who will no longer be able to save money by entering school with some credit courses already complete, according to The Dartmouth.

The classes will still have some effect. For example, the school will continue to look at some scores, such as those on AP tests, to help place students in proper classes, The Dartmouth reported. However, Dartmouth's primary reason for eliminating credit for these types of classes is to ensure that students are completing material as rigorous as that offered at their own institution, The Chronicle of Higher Education noted. Hakan Tell, chair of the Committee on Instruction at Dartmouth, told The Dartmouth that in recent years faculty has expressed concerns that "the academic rigor of [its] programs was being diluted" due to the increase in the number of students taking for-credit exams.

The school has been debating such a change for about 10 years, and a recent experiment showed that students who earned AP course credit in certain subjects were not as knowledgeable as their counterparts who might be taking the equivalent college-level classes. For example, the Dartmouth psychology department gave students who had received high AP test scores a shortened version of the final examination for its introductory psychology class. Most of them them failed, according to The Chronicle of Higher Education.

The new policy, voted on back in November by the Faculty of Arts and Sciences, will take effect starting in the fall of 2018, but the college plans to wait two years thereafter before taking steps to evaluate its impact. Trevor Packer, senior vice president for Advanced Placement, however, told Inside Higher Ed that the College Board, which administers the program and exams, works hard to ensure its AP curricula and tests are as challenging as a college course.

"I do not agree at all with claims that AP courses are not college level," he added. "The program is designed by college faculty, not the College Board, and research shows students perform at high levels."

At the same time, he said the advanced placement courses were not originally intended for obtaining college credit. He noted that they were called "Advanced Placement" courses, but not part of a "College Credit" program, according to Inside Higher Ed.

Dartmouth officials said doing away with AP credit may also encourage students to pursue more higher-level courses, undertake more independent study, and conduct more research at their school, according to The Dartmouth. Additionally, Tell said he doesn't believe the new policy will have a negative affect on students.

"We protect our education and want to make sure we make the most of it," he said. "But this is not at all an attempt to discredit high school work."

As for the belief that students won't be able to finish their degrees early, Registrar Meredith Braz said even without the pre-matriculation credits from AP and other tests, students still can graduate in fewer terms with options available under the Dartmouth Plan. For example, while most Dartmouth students take three courses per term, students who would like to save money and graduate early have the option of enrolling in four courses for multiple terms, at no extra cost to them.

Dartmouth isn't the first college to stop using AP exam scores to give college credit, Inside Higher Ed noted. Each year, about 1.3 percent of the 3,300 schools that receive AP exam scores alter their policies regarding converting AP scores to course credit; about half of these schools opt to allow course credit, while the other half choose not to.