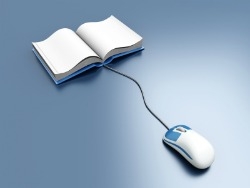 A study conducted at Daytona State College in Florida has concluded that switching completely to digital textbooks might not be such a great idea after all.

The school's past administration had considered a plan to switch the institution entirely to electronic textbooks. But a report on a pilot program conducted from November 2009 to this past spring found that going digital presented more challenges than originally anticipated.

As Inside Higher Ed reported, researchers found that more than half of the students who used e-textbooks exclusively were dissatisfied in some way. Some found it tiring to read books from a computer screen, and most admitted that they read less text than they would have if the material was printed. Others faced difficulties with software applications like creating bookmarks, using highlighting tools, writing notes, and locating readings. For these and other reasons, faculty felt that e-textbooks hindered student engagement.

"What we found overall is that you need to give students choices," explained Michelle McCraney, the program's project manager, who was interviewed by the Daytona Beach News-Journal. "They need to be able to feel comfortable with how they want to receive information. Some students prefer to have a book, and some students prefer to have a computer to read their books and some students like to rent their books. Everybody learns differently and you have to be able to embrace that and let people choose."

Despite their dissatisfaction with e-textbooks, most students said they would still be willing to try them if doing so meant saving money. But as The Chronicle of Higher Education reported, the study also found that e-textbooks were not always necessarily the most cost-effective option. Many students who tried digital textbooks saved only one dollar, compared with those who bought printed books.

Albert N. Greco, a professor of marketing at Fordham University's Graduate School of Business who studies trends in publishing, told The Chronicle that he was not surprised that renting e-textbooks was not always cost-effective for students. Yet he predicted that in time, digital textbooks would become more accepted by students.

The study concluded that requiring all instructors to simultaneously switch to digital textbooks "might be courting disaster." Instead, the study recommended encouraging, but not requiring e-textbooks.

But researchers also said that Daytona State is moving forward with its e-textbook project, although it will be a more gradual process. "Our analysis of these findings has led us to expect that many students (and some faculty, too) will be reluctant to change," they wrote, "but clear financial incentives as well as strong technical and instructional support will help ensure a successful conversion."

Students agree that a gradual approach is a good idea. "It seems everybody agrees it takes time to switch over to something new," noted Cathy Webb, a senior at Daytona State who was quoted by the Daytona Beach News-Journal. "You don't just night to day switch over and expect people to grasp everything that quickly."