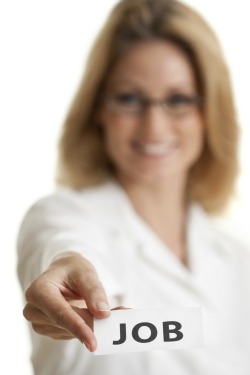 "You got the trifecta--more people working, wages up and the average work week up," said Stuart Hoffman, chief economist at PNC Financial Services Group Inc. in Pittsburgh, who was quoted by Bloomberg Businessweek. "You can't really argue that that isn't a sign of significant improvement in the job market."

The data from the Labor Department showed the biggest job gains occurred in transportation and warehousing, which added 50,000 jobs. Other gains were seen in retail, manufacturing, healthcare and mining. Moreover, hourly earnings increased by four cents to $23.24.

The report also showed a drop in the number of long-term unemployed Americans--those who are without a job for 27 weeks or more. That number fell as a percentage of all unemployed, from 43.1 percent to 42.5 percent.

The so-called "underemployment rate," which includes those who are working part-time but would prefer full-time jobs and people who have given up looking for work, also fell from 15.6 percent to 15.2 percent.

"Sales are robust, merchandise margins are strong, operating margins are growing," said Alexander Smith, chief executive officer of Pier 1 Imports, Inc., who was quoted by Bloomberg Businessweek. "There's going to be a little more hiring in the first part of the year without a doubt."

The New York Times, however, cautioned that a number of factors could easily darken the economic picture: Congress could decide against extending the payroll tax break and unemployment benefits. Loans are still difficult to obtain, home values are continuing to fall, and there is still a threat of a severe slowdown or financial collapse in Europe.

Furthermore, The Wall Street Journal pointed out that even though the economy has added jobs for 15 consecutive months, the overall pace of job creation is still not enough to regain ground lost during the recession.

Nevertheless, many economists expressed optimism about the latest numbers. "This is the real thing," said Ian Shepherdson of High Frequency Economics, who was quoted by the Times. "This is finally the economy throwing off the shackles of the credit crunch." Ellen Zentner, an economist with Nomura, agreed. "People do not feel more upbeat for no reason," she told the Times.