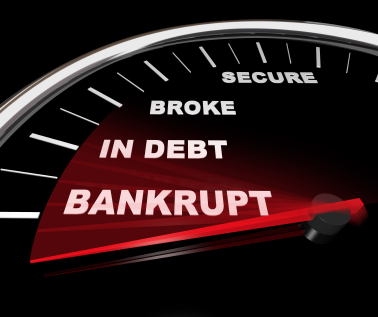 Currently, private student loans are considered to be like government-backed federal college loans, and are therefore exempt from discharge in bankruptcy in all the most extreme cases. In fact, the legal requirements for discharging such loans are so burdensome that bankruptcy lawyers usually avoid the process entirely.

Last month, bills were introduced by Democrats in both the Senate and the House which would effectively place private student loans back in the category of other private loans, and therefore subject to be discharged by declaring bankruptcy. Sen. Richard Durbin of Illinois, one of the bill's sponsors, explained in a press release that the legislation is aimed at "restoring fairness in student lending by placing student loan companies in the same position as virtually all other private lenders."

Rep. Steve Cohen of Tennessee, one of the sponsors of a similar House bill, agreed. "People who seek higher education to better their futures should not be dissuaded from doing so by the threat of financial ruin," he was quoted as saying by CBS Moneywatch.

U.S. News & World Report notes that the problem is a pressing one, since more than 20 percent of students have defaulted on the private student loans they took out in the last several years to cover tuition at for-profit institutions. And just this week, the government reported that the student loan default rate rose to 7.2 percent.

"In this economy, we want to be encouraging people to invest in their education and their future," noted Minnesota Sen. Al Franken, also a sponsor of the bill. "That's why it is more important than ever for people to be able to get a fresh start."

"Durban, Cohen and Others Introduce Legislation to Restore Fairness in Student Lending," April 15, 2010