Decline in J.D. Employment Leads Many to Reconsider Law School 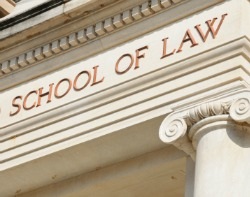 Many undergraduate students are rethinking a career in law, as employment and salaries of graduates have been dropping, according to recent studies. Experts attributed these trends to the economic recession and recent changes in the field of law.

"Law school looks nothing like it used to," Tucker Green, a University of Georgia junior who once wanted to pursue law, told USA Today. "If you make the decision to go [to law school], you better be 100 percent sure you want to be a lawyer."

Enrollment overall has decreased at law schools that are approved by the American Bar Association, preliminary data shows. The number of part- and full-time students who entered law school in the fall of 2012 was down 9 percent from autumn of 2011 and 15 percent from autumn of 2010, as reported in an ABA Now press release. This year's enrollment of 44,481 students is a drop from the 52,488 enrolled in 2010.

In all, about 75 percent of 201 ABA-approved law schools reported declines in their first-year enrollment. For example, law schools like The University of Texas School of Law and The University of Michigan Law School had smaller freshmen class sizes in 2012. Not all schools experienced such declines, however: Harvard Law School was one of a few law schools that reported an increase in enrollment, according to Thomson Reuters. This increase was almost negligible, however, with just two more law students entering the Harvard in 2012 than in 2011.

Thomson Reuters also reported that the number of students taking the Law School Admission Test has dropped by about 7,000, from more than 45,000 registered test takers in 2011 to fewer than 38,000 in October of 2012.

Experts attribute these declines to a number of developments in the law field. The National Association for Law Placement found that the median salary for a 2011 law school graduate nine months after graduation was $60,000, 5 percent less than the median salary of the year before. In addition, the employment rate for law school grads this year was 85.6 percent, the lowest it has ever been since 1994, according to Thomson Reuters. These disappointing statistics have prompted many individuals to reconsider law school, and have even motivated some law school graduates to file lawsuits against their schools for false advertising, reported USA Today.

Because of the recent trends in the field, Jeff Thomas, Kaplan Test Prep's director of pre-law programs, suggested that only people truly wanting a career in the legal profession pursue law school.

"Law schools have historically been filled with folks who want to become more marketable," Thomas said. "Right now, it's important for students to understand that law school has become a means to an end … and that end is being a practicing attorney."

The ABA statistics were compiled from questionnaires that law schools must file annually with the ABA. A more comprehensive final report is slated for release in the spring of 2013.