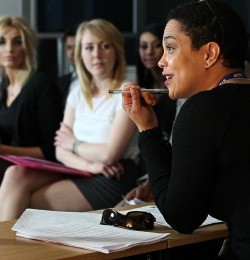 The study showed that between the academic years of 1987-1988 and 2003-2004, the amount of classes taught by tenured and tenure-track faculty members dropped 25 percent - from 3.6 to 2.7. At public doctoral universities, the average professor's course load fell to 1.8 classes per semester.

The Quick and the Ed explained the significance of these figures, stating that low teaching loads are actually very costly, and the decline could have accounted for an additional $2,598 in college costs for each student at four-year universities. Over that same time period, tuition rose by $4,805. The Quick and Ed asserted that had teaching loads not decreased, over half of tuition rises could have been prevented.

"This research shows that the rising cost of college cannot be blamed solely on external factors such as decreasing state appropriations or inflation," Andrew Gillen, research director at Education Sector, mentioned to CBS News. Professor instruction has waned because colleges and universities are prioritizing research over teaching. Research and publishing help academics gain tenure and professors garner a reputation.

Unfortunately, as the reported stated, emphasizing research can lead to a decline in teaching quality: "Current hiring and promotion criteria send clear signals to professors that teaching is to be avoided if possible, with some universities even using higher teaching loads as punishment." Higher teaching loads, on the other hand, could lower college costs and potentially increase tuition revenue, since the same number of professors could teach a greater number of students.

Inside Higher Ed noted that some college faculty leaders found issues with the study. For example, Rudy Fichtenbaum, who serves as president of the American Association of University Professors, said the researchers' cost and savings calculations assumed that faculty salaries comprised the majority of college budgets, when in reality they constitute less than 20 percent of the budget at four-year universities and less than 30 percent at community colleges. He added that full-time faculty members' salaries, as a portion of all instructional expenses, have been falling.

Craig Smith, a representative of the American Federation of Teachers, stated that college instruction is increasingly being done by non-tenure-track faculty, who usually are only are paid for teaching and are compensated per course. "This report appears to willfully ignore the increasing reliance on underpaid and under-supported contingent faculty and the resulting increased demands on the shrinking number of tenure-track faculty to handle responsibilities outside of the classroom," he added.