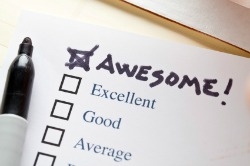 Many of us engage with or benefit from a community of peer reviewers in our personal lives, whether it be through a website such as Yelp or simply through word of mouth. However, similar communities of peer reviewers are becoming increasingly present in the workplace as well. According to The Wall Street Journal, some employers have begun integrating more candid and less structured peer feedback into their larger employee review process. This peer-to-peer and peers-to-manager feedback has helped companies better evaluate their progress and personnel, while also fostering better communication between employees.

The adoption of peer performance reviews among companies and the positive press it has received have occurred alongside a recent debate about the effectiveness of traditional employee review methods. According to the Harvard Business Review, 45 percent of human resources leaders believe that annual employee performance reviews do not accurately represent an employee's value to his or her company. Traditional employee reviews typically involve a hierarchical structure of managers reviewing the individuals whom they supervise. This management-led review model limits the information a review can gather, as it generally focuses on one person's perspective of an employee's performance. In contrast, peer performance reviews give companies a more comprehensive understanding of their employees' strengths and weaknesses, as the process involves gathering feedback from multiple individuals.

As The Wall Street Journal explains, peer reviews differ somewhat from the more traditional 360 review process, which is still largely dictated by management and often involves asking a group of senior-level employees to complete surveys and a set list of questions about their fellow workers. Peer reviews--particularly those of recent, more tech-savvy companies--are less structured and often make use of the latest peer feedback and performance management technologies such as Salesforce Rypple, Checkster, Laudits, DueProps, and Worksimple. Through these various programs and online tools, employees are able to give each other candid advice, encouragement, and constructive criticism, as well as set and track their own goals. According to CBS MoneyWatch, such employee performance management tools enable companies to gather genuine feedback in an efficient and continuous manner.

"Crowdsourcing" the employee review process is not without its own complications, however. According to The Wall Street Journal, some companies are concerned that peer feedback might make the review process less efficient by overwhelming employees with feedback requests. Other companies argue that peer feedback may be more biased and as a result, less valuable. Despite these potential drawbacks, companies such as LivingSocial and Symantec have experienced measurable benefits as a result of using peer feedback to evaluate and motivate employees. As peer reviews and communal performance management technologies gain a greater following, America's workforce may very well see a large scale shift towards a less hierarchical and more interactive way of improving employee performance.

"How to Get Honest Feedback," blogs.wsj.com, August 3, 2012, Rachel Emma Silverman and Leslie Kwoh