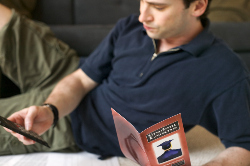 After nine months of negotiations, the Department of Education proposed a "gainful employment" rule that would crack down on for-profit colleges that have students with excessive debt, reported USA Today.

The proposal, which was first released with limited information on Friday, July 23, will enforce restrictions on programs in which students do not earn enough to pay back their loans. It applies to public and non-profit vocational programs of less than two years, but is expected to have the highest impact on the for-profit industry, where students are more likely to default on loans. According to The Chronicle of Higher Education, of the less than ten percent of for-profit college students, approximately 12 percent of borrowers default just two years into repayment. In comparison, six percent of students who attended public colleges and four percent of private college students default on their federal loans.

Inside Higher Ed, reviewed the full proposal today and reported that Terry W. Hartle, senior vice president of government and public affairs at the American Council on Education, described the 165-page rule as "the most complicated regulatory package that the Department of Education has ever promulgated".

The proposal is the Obama administration's attempt to regulate the for-profit sector, which receives close to a quarter of federal financial aid funding under Title IV of the Higher Education Act of 1965. The rule defined "gainful employment" in two ways: debt-to-income ratios and loan repayment rates.

In order to be fully eligible for Title IV funding, a program must have either an eight percent debt-to-earnings ratio, 20 percent debt-to-discretionary income ratio, or a 45 percent repayment rate. The department defined "discretionary income" as "the difference between the average annual earnings of program completers and one-and-a-half times the federal poverty guidelines for a single person in the continental United States". Inside Higher Ed also clarified that the "repayment rate" would be the "percentage of principal repaid on all federal loans borrowed by the program's recent graduates"--not the percentage of students repaying loans, as previously described in the Education Department's Friday press release.

If a program does not meet any of those metrics, it is ineligible for funding. However, if a program has a debt ratio between 8 and 12 percent, a debt-to-discretionary income ratio between 20 and 30 percent, or a loan repayment rate between 35 and 45 percent, it is eligible for federal financial aid programs, but must cap its "enrollment of Title IV recipients to the average number enrolled during the previous three years". Additionally, restricted programs must confirm that the program is aligned with the business needs and anticipated job openings or future demand of employers not affiliated with the institution. Restricted programs would also be required to have "'a prominent warning in its promotional, enrollment, registration, and in all other materials, including those on its web site, and in all admissions meetings with prospective students, that is designed and intended to alert prospective and currently enrolled students that they may have difficulty repaying loans obtained for attending that program'".

Inside Higher Ed reported that 85 percent of for-profit colleges would be eligible for Title IV funds, although many would require debt disclosures. Ten percent would be restricted and five percent would be ineligible. The numbers reported by The New York Times on Friday were slightly different.

The Chronicle of Higher Education stated that for-profit lobbyists called the rule "unwise and unnecessary" and claimed that the proposal would force schools to close thousands of programs.

Lawmakers and Education Department officials, however, recognized the for-profit sector as critical to achieving President Obama's American Graduation Initiative and argued they do not want to cripple the industry. Education Secretary Arne Duncan said the rule is supposed to protect students and taxpayers from the high cost of loan defaults. He also told USA Today, "Overall, I firmly believe for-profit schools are doing a good job in training students", but added that the industry is tainted by a small minority who are "doing a disservice".

A final package with 13 other regulations is expected by November.