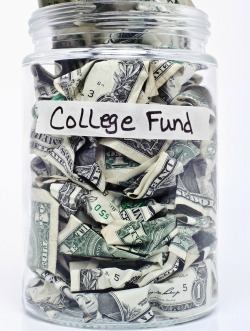 More college students than ever before are walking away from school deeply in debt, a trend the White House ascribes -- at least in part -- to colleges not clarifying costs up front. A new initiative from the federal government aims to alleviate confusion, but some experts wonder whether it is enough.

"Too often, students and families face the daunting task of deciding where to enroll, whether to write a check, or whether to sign for a student loan, without a clear explanation of what the costs mean, or how these costs compare to other colleges they are considering," said the White House, as reported by CNN Money. "As a result, too many students leave college with debt that they didn't understand at the time that they entered school."

According to ABC News, the new, voluntary sheets include a number of important data points that students can use when analyzing college costs. Among them: loan interest rates; scholarship options; food and housing costs; book fees and veterans benefits. Schools already disclose most of this information, but not in a standardized way in the letters they send to potential students.

"These letters all look different, contain different information, and often do a poor job of making clear how much a student will receive in aid, in grants, in scholarships, and how much they will have to take out in the form of student loans," said Education Secretary Arne Duncan, as reported by ABC News.

The White House hopes the "shopping sheet" will curb soaring student debt at a time when rising tuition and student loan interest rates have left this generation of college graduates the most indebted in history. According to ABC News, the average cost of public education rose 15 percent between 2008 and 2010, and two-thirds of students owe more than $26,000 in loans upon graduation.

"Too many students I meet across the country tell me the first time they really understood how much debt they were in was when the first bill arrived," said Duncan in ABC News. "And clearly, that's far too late and is simply not fair."

Its designers may seem optimistic that the new "shopping sheet" will give students the information they need to make better financial decisions when choosing schools, but The Huffington Post reports that some critics say a voluntary measure simply is not enough.

"If it were mandatory, this would be huge for students," Kate Tromble, legislative director for the nonpartisan education advocacy group the Education Trust. "In the voluntary realm, it will be incumbent on schools to step up and do the right thing. It hinges on how many schools sign up."

CNN Money reports that Duncan said he believes "the overwhelming majority, if not all universities will do the right thing." As of the time of this report, only a handful of schools have signed on.

The new form is available for preview on the Department of Education's website.