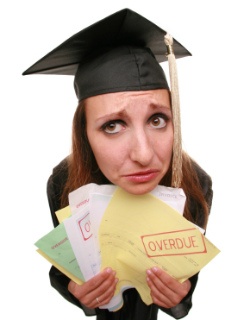 After 18 months of negotiation, three rounds of public hearings and discussions, more than 90,000 written comments and nearly 100 meetings with for-profit colleges and stakeholders, the Education Department released the final "Gainful Employment" rule today.

According to The Chronicle of Higher Education, the final rule includes some major changes to address concerns that arose after the rule was proposed in draft form last July.

"The Department listened carefully to the feedback and thoughtful concerns coming from people on all sides of the issue," said Secretary of Education Arne Duncan in a press release. "We worked hard to ensure that the final regulation does the best job of protecting students and taxpayers by targeting the worst-performing schools and supporting schools that do a good job of preparing graduates for success in the workplace."

Under the revised regulations, which will go into effect July 1, 2012, vocational programs at all types of institutions will have more time to ensure that students are well-prepared for gainful employment and poor-performing schools will also have more opportunities to reform before losing eligibility for federal financial aid.

In order to qualify for financial aid, for-profit programs as well as certificate and vocational programs at nonprofit institutions, must meet at least one of the following three criteria: at least 35 percent of former students are repaying their loans; the annual loan payment of a typical graduate does not exceed 30 percent of his or her discretionary income; or the annual loan payment does not exceed 12 percent of a typical graduate's total income. Though these regulations apply to vocational training programs at all institutions, they affect for-profit schools the most as for-profit institutions receive 80 percent of their revenues from Federal student aid.

Programs that do not meet one of the metrics have three chances in a four-year period to improve before losing eligibility for federal aid.

Additionally, institutions must also disclose their total program costs, loan repayment rates, graduates' debt-to-earnings ratio and other critical information so that students can make an informed decision on which program is right for them. Inside Higher Ed also noted that students will have more time to pay off loans--10 years for certificate or associate degree programs, 15 years for bachelor's and master's degree programs and 20 years for other graduates.

Duncan was firm in telling reporters that although the final rules are more lenient than the original proposed regulations, in no way does it mean that colleges are "off the hook".

Gene B. Sperling, head of the White House economic council who helped come up with the new rules explained, "This rule will increase access for students to get to attend a quality career college education. It will only decrease access to very weak programs that leave students with a crushing debt burden and do little to help them achieve gainful employment that was supposed to be the purpose of the education they were receiving."

According to The Chronicle of Higher Education, supporters of tougher regulations were disappointed by the watered down outcome.

"We think the department should have stuck to their guns," said David Halperin, director of the advocacy group Campus Progress. "But it's a step in the right direction," he added.

As Inside Higher Ed noted, according to last July's proposal, today's final benchmarks are the bare minimum for schools to qualify for federal aid, which some argued is not enough to protect students and the taxpayers who make up the difference when students default in their first two years of repayment. However, it is believed that the concessions were meant to win over Congress, where a bipartisan group of representatives voted to block the regulation in February.

The Chronicle of Higher Education reported that some colleges are not waiting for judicial reprieve and, instead, have already begun looking for ways to reduce student debt levels and improve loan repayment rates.