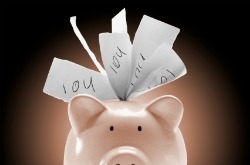 Applying for the federal government's Income-Based Repayment program -- a notoriously complicated process -- should soon get easier.

The Education Department announced yesterday that a streamlined online application will soon be available for Income-Based Repayment. The new process will allow student loan borrowers to import their IRS tax return income data directly onto their IBR application. Federal direct student loan borrowers will no longer be required to contact their loan servicer as the first step in applying.

Income-Based Repayment is based on complex rules, but typically anyone whose federal student loan balance is higher than one's annual income will probably qualify. The program allows borrowers to limit their monthly repayment to no more than 15 percent of their so-called discretionary income -- an amount based on federal poverty guidelines. Recent legislation signed by President Obama will reduce that cap to 10 percent beginning at the end of 2012. After 20 years of payments -- or 10 years for public service workers -- the remaining debt is forgiven.

For example, according to the online IBR calculator available from the Department of Education, a person repaying a $30,000 federal student loan and earning a $30,000 salary would pay only $165 a month. By contrast, a typical 10-year loan for the same amount could run as much as $350 a month.

Streamlining the IBR application is part of a push by the Department of Education to encourage more borrowers to take advantage of the program. According to The Chronicle of Higher Education, about 700,000 borrowers are currently on the plan, but officials say that many more may be eligible.

"We're absolutely convinced that a significant percentage of defaults will be averted simply by helping young people better understand their choices and make the right financial decisions," said Secretary of Education Arne Duncan, who was quoted by The Chronicle.

Mark Kantrowitz, publisher of FinAid.org and FastWeb.com, agreed. "Right now," he said in an interview with PBS, "about 2.25 percent of borrowers are actually taking advantage of Income-Based Repayment." He noted that part of the reason for the low number is a lack of awareness of the program's existence.

In a conference call with reporters, Duncan likened the change to the administration's recent efforts to simplify the FAFSA. "Hopefully we'll see more folks participating [in IBR] going forward," he said.

The Education Department will also be developing an online tool to help borrowers track debt. According to the announcement, the tool will "incorporate key elements of best practices in financial literacy and link to students' actual federal loan data to help them understand their individual circumstances and options for repayment." The Department will also focus on better publicizing IBR to borrowers.